Ukraine is preparing for the introduction of a visa regime with Russia. 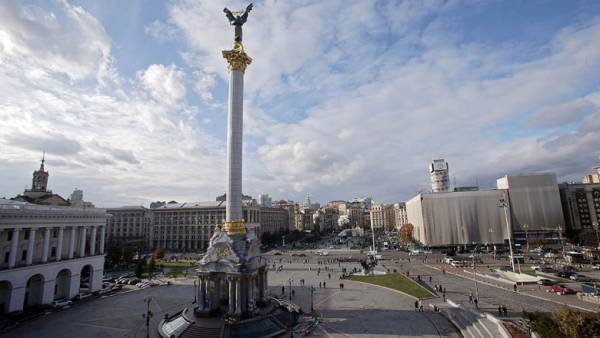 At the end of the year, the Russians will not be able to travel to Ukraine. In the coming months, Kiev is planning to introduce electronic visas for citizens of the “migration risk countries”, which will also include Russia. Now to visit Ukraine you will need to fill in a form on the website of the Ukrainian Ministry of foreign Affairs, and on arrival to register at the place of stay. The initiative will complicate the lives of many Russians — it is known that annually Ukraine is visited by about 1.5 million Russian citizens.

The complication of the procedure

A new system of entry to Ukraine for a number of countries will develop this year. This follows from the plan of implementation of the Strategy of the state migration policy, which the Cabinet of Ministers of Ukraine approved on Wednesday. Migration service of the country should provide the government with summary information about the project to 25 January 2019.

The changes will affect citizens, “who come from countries of migratory risk”, as well as people without citizenship.

According to interlocutors “” close to the Cabinet of Ministers of Ukraine, the list of potentially dangerous countries will include 92 of the state. Russia will join him on a par with Afghanistan, North Korea, Colombia, etc.

Now, before you go to Ukraine, Russians will have to fill out on the website of the foreign Ministry of the country a questionnaire, which has not yet been formed. Also, they will be required to register with the authorities at the place of stay.

“When an alien must notify the immigration authorities about why, to whom and why he goes to Ukraine, it is actually the option of getting an electronic authorization for entry into the country, i.e. visas”, — explained the interlocutor of Kommersant, close to the State migration service of Ukraine. The cost of the service is not yet defined, however, the citizens of 46 countries, which can now enter the country through a single electronic visa must pay $65.

Changes may relate to more than a million Russians. According to the Ukrainian state statistics Committee, only in 2017 on the Ukraine has driven over 1.5 million citizens, approximately the same as that entered the country in 2015-2016. The total for the year Ukraine was visited by 14.3 million foreigners. The number of arrivals of Russians ahead of the citizens of Moldova (4.4 million) and Belarus (2.7 million). Also in 2017 the Russians took the first place among arrived to Ukraine for permanent place of residence: Russia country moved 2,776 people. 69% of all foreigners entitled to stay in Ukraine.

As previously reported by “Kommersant”, Ukraine in January was going to introduce new rules, so “the Russians actually got a year’s reprieve”, says “Kommersant” a source close to the Cabinet of Ministers of Ukraine. Now, this delay ends. This was originally in Kiev, discussed the introduction of a full visa regime with Russia, but in the end this idea was abandoned.