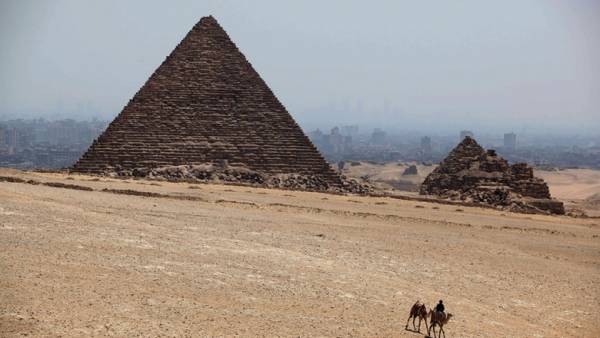 In Egypt have discovered a new statue of the Sphinx Egyptian workers during road repair in the Egyptian Luxor have discovered a new statue of the Sphinx, the journalists on Sunday said the head of the Department of antiquities of the province Mohamed Abdel Aziz. CAIRO, Aug 5 — RIA Novosti. According to the official, whose words are quoted by Youm7 newspaper, the statue was discovered when workers repairing the road connecting Karnak and Luxor temples. Abdel Aziz said that the statue is similar to the famous Sphinx at Giza in the form of a lion with a human face. Experts are still not in a hurry to retrieve an ancient monument from the ground to avoid damaging it due to abrupt climate changes. To create the Sphinx at Giza ordered Khefren, the fourth Pharaoh of the Fourth dynasty of the old Kingdom (circa 2500 BC). Carved out of the

END_OF_DOCUMENT_TOKEN_TO_BE_REPLACED 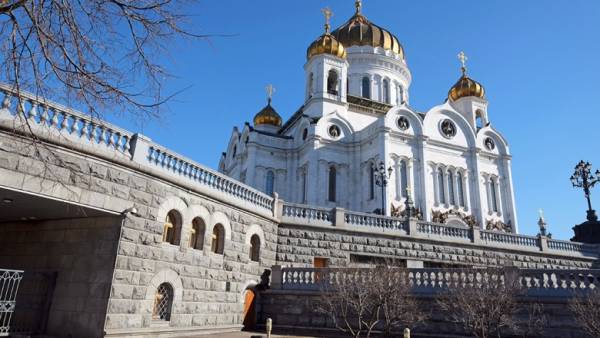 ROC reminded of the responsibility of priests bloggers One of the authors of the memo for priests on how to conduct a vlogging Archpriest Svyatoslav Shevchenko noted that this is “the latest form of the apostolate”. MOSCOW, August 5. /TASS/. Russian Orthodox Church welcomes the efforts of the priests, who master the Internet and have been blogging for missionary purposes, but recalls the responsibility that they take on. This was told on Sunday, TASS Archpriest Svyatoslav Shevchenko, one of the authors of the memo to priests on conducting vlogging, published on the website of the Synodal Department for Church and society and the media. “This latest form of the modern apostolate of the priests in most cases take on voluntarily, at the call of the soul, which means a high degree of responsibility they carry”, — said the Archpriest. He said that the memo describes the conditions in which we

END_OF_DOCUMENT_TOKEN_TO_BE_REPLACED 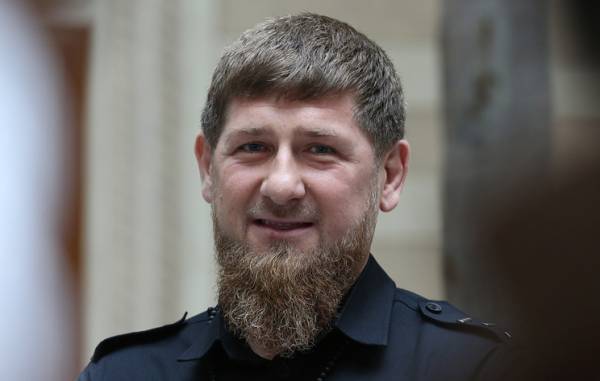 The Head Of The Chechen Republic Ramzan Kadyrov © Yelena Afonina/TASS MOSCOW, August 5. /TASS/. The head of Chechnya Ramzan Kadyrov believes that the experience of the region in the fight against international terrorism can be useful for Syria. “There is every indication that the government of [Syrian President] Bashar al-Assad is determined to take control of the entire country. To achieve this, particular importance is the liberation of Idlib from international terrorists,” he wrote Sunday in his Telegram channel.

END_OF_DOCUMENT_TOKEN_TO_BE_REPLACED 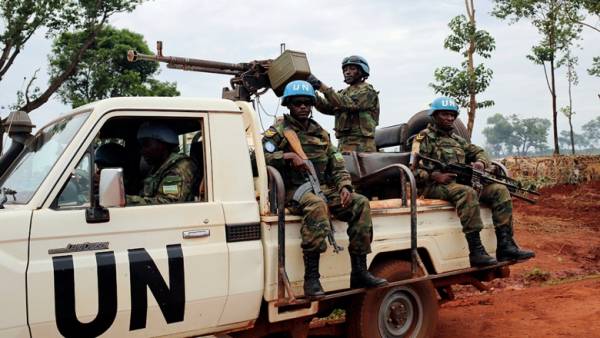 A car killed in Africa, journalists were accompanied by another car Car journalists Orhan Jemal, Alexander Rastorguev and Kirill Radchenko before they were attacked in the Central African Republic (CAR), moving to support another car. This information was received from Central group for the investigation of the circumstances of their deaths, created by Mikhail Khodorkovsky. The car in which were three Russians and a local driver, was second. The first car were in the ambush criminals missed and attacked the car with reporters, according to “MBH Media”. We will remind, Orkhan Jemal, Alexander Rastorguev and Kirill Radchenko arrived in the Central African Republic to shoot a documentary about the activities of private military company “PMC Wagner” in this country. Under the version of local authorities, to their death can be likened to the Muslim militant group Seleka, which, together with the Christian militia “Antimiley” involved in a civil war in

END_OF_DOCUMENT_TOKEN_TO_BE_REPLACED

The court of Sweden took into custody the captain of Russia, put the stranded dry cargo ship BBC Lagos The defendant admitted that he was drunk and ran the ship in this condition, the lawyer said the Russians. STOCKHOLM, 5 August. /TASS/. Captain from Russia, put on a stranded dry cargo ship BBC Lagos off the coast of Sweden, taken into custody Sunday. This decision was made by the district court, finding that the suspect in the crime may escape outside of Sweden, said channel SVT. The captain pleaded guilty to operating your boat while intoxicated. “He admitted that he was drunk and ran the vessel [in this condition], but [said] not want to be detained in Sweden. He [said] he wanted to go home to Russia, where he has family. He was ready, that will take him into custody. Captain he has been working for 11 years and walked

END_OF_DOCUMENT_TOKEN_TO_BE_REPLACED 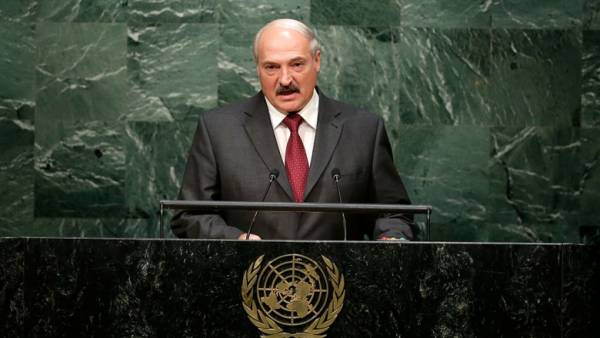 Surrounded by enemies: why Lukashenko turned away from Russia Belarusian President Alexander Lukashenko does not want to be “taken by the throat”. For this reason, Belarus will seek new trade partners, not to depend on the Russian market. The head of the country is ready to bet on China and Africa. While Russia remains a key trade partner of Belarus, and the rhetoric of Lukashenka due to the election campaign, experts say A sharp statement in the address of Russia, Alexander Lukashenko made this week during a working visit of “visiting the fields of the 1st Minsk poultry factory”. Here are grown cereals for feed. He began from afar, noting the fact that a landowner employs seven to eight workers in related industries. So, the village needs to support. “If we’re going to stop, imagine half the country will go without work,” Lukashenka is quoted by BelTA news Agency. Lukashenko

END_OF_DOCUMENT_TOKEN_TO_BE_REPLACED

Huge plant blew up in Ivanovo In Ivanov began to demolish the buildings of the former flour mill. The demolition is carried out using industrial explosions, according to IvanovoNews. The first nuclear explosion was conducted in the afternoon on Sunday 5 August, the second a little later. The place of work, police and all emergency services. Video of both explosions captured with a camera, published on the YouTube channel edition. The free territory for the construction of a residential complex. Ivanov blasted in the Elevator In March of this year in Yekaterinburg was demolished nearly 220-foot unfinished tower. Many citizens protested against the demolition, calling the building a city legend, however, the government still blew it up. In place of an object you plan to build an ice Palace for the hockey club “Avtomobilist”.

END_OF_DOCUMENT_TOKEN_TO_BE_REPLACED 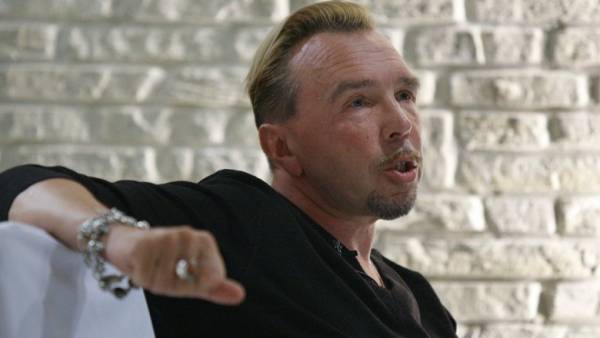 “Songs have ours!”: the Network has supported musician in a dispute with Ukraine about Crimea MOSCOW, Aug 5 — RIA Novosti. Users of social networks supported the position of musician Garik Sukachev in the Crimea. Earlier, the Leader of group “the time Machine” Andrey Makarevich said that Russia in 2014 followed a “buy the Crimea” in order not to spoil relations with Kiev. Songs have in absentia objected to the musician, he recalled that the Peninsula was always dominated by Pro-Russian sentiment. “Crimea is our. We got three hundred years of war”, — he said. “A real man!”, — supported Sukachev @Boyarin_Boroda. “Well Done, Gary! Right books read as a child!”, — joined in the comments. “Well done, unfortunately, few so openly Express their views,” wrote one user of Twitter. “Songs have ours!”, — joked @MaksimYartsev. Some commentators also questioned the competence of Makarevich to make such statements. “Explain popularly

END_OF_DOCUMENT_TOKEN_TO_BE_REPLACED 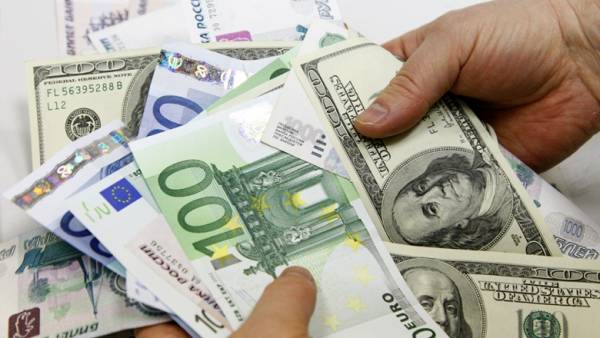 UAE illegals forgiven a million-dollar fine In the UAE illegally residing in the country the man in the course of the visa Amnesty forgave a penalty in excess of 1 million dirhams (about $ 270 million). 18-year-old young man was also able to legalize their stay in the Emirates. He was born in the UAE, but were not registered, reports Khaleej Times. Thus, the penalty for illegal stay in the country earn in his whole life. With the help of lawyers of the program “Protect yourself by confirming the status of” he was able to solve this problem. To get rid of the penalties to 500 thousand dirhams was also able to the woman, illegally lived in the country for ten years. She came to the UAE with five children. Them to her husband registered, and not her. Learning about the visa Amnesty, she immediately asked for permission to leave.

END_OF_DOCUMENT_TOKEN_TO_BE_REPLACED 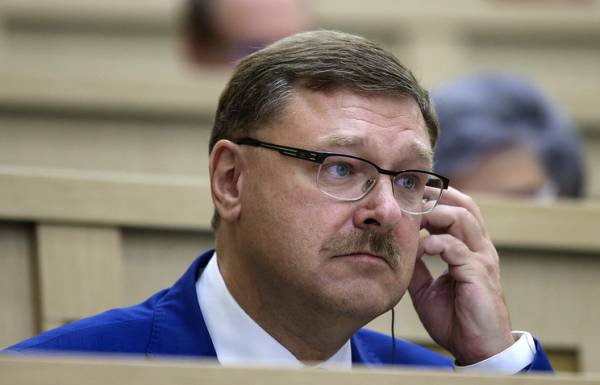