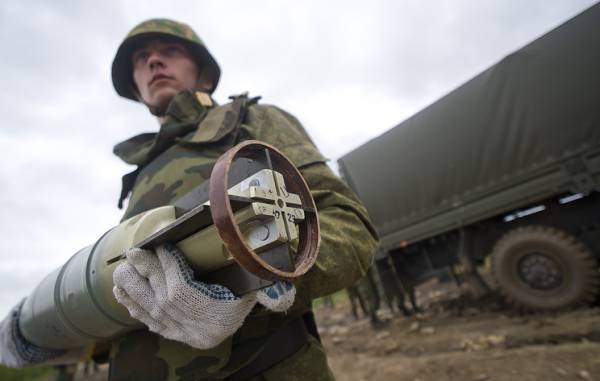 IZHEVSK, August 30. /TASS/. The defense Ministry is considering changing the organization for the collection and disposal of explosive ordnance (UXO) at former military Arsenal in the village of Pugachevo in Udmurtia, where in may there was a fire and detonated the remaining after the state of emergency in 2011, the projectiles. About this TASS said the Chairman of the government of the Republic of Yaroslav Semenov.

Semenov said that the cleanup of technical area to date was carried out by OOO “NPF Special technology” on the basis of the agreement concluded between the Ministry of defense of Russia and LLC “Vtormetall” in 2017 and the additional agreement to the contract signed in 2017, according to which obligations of LLC “Vtormetall” was transferred to OOO “NPF Special technology”.

Semenov has informed Agency, that the verification of the contractor’s activity of cleaning is not within the competence of the regional Cabinet. However, according to him, the question of fire safety the technical territory of an Arsenal was discussed at the meetings of the Commission on prevention and liquidation of emergency situations and ensuring fire safety of the regional government and LLC “NPF Special technology” was heading recommendations. “Due to the lack of information on the performance of the Commission’s recommendations “NPF Special technology” in April 2018, the government of the Udmurt Republic the appeal was sent to the military Prosecutor of Izhevsk garrison on the adoption of measures of public Prosecutor’s reaction”, – said the head of government.