The TFR is investigating a new case of torture in prison. 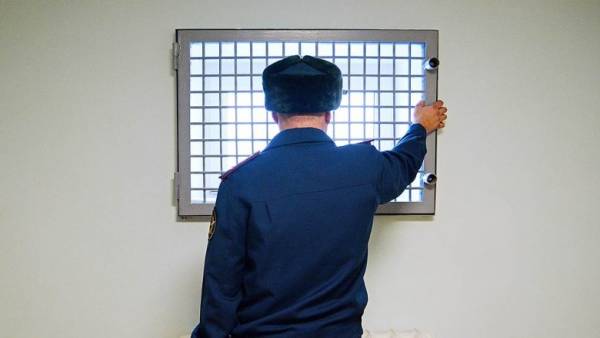 In the Kazan corrective colony (IK) № 18 on charges of torture of prisoners, on 27 August detained operatives companies captain Lenar Gasow and the senior Lieutenant Andrey Semenov. According to the Investigative Committee of Russia (TFR), they beat the prisoners, including using wooden sticks. In the near future the consequence will petition for custody of operatives into custody. His guilt they do not recognize.

On Thursday investigatory management (SOU) SKR across Tatarstan has informed on detention of the employees of the operative Department of fku IK-18 of the Republican Department of the Federal penitentiary service 30-year-old captain of the internal service lenara Gaiazova and senior Lieutenant Andrei Semenov. They were charged under part 3 St. 286 UK RF (exceeding official powers with use of violence).

The investigation found that captain Gasov and Lieutenant Semenov used violence against the two prisoners IR. To them threatens till ten years of imprisonment with deprivation of the right to hold office for a term up to three years.

IR-18 was established in Kazan in 1958, is now a colony of strict regime on 859 places for first offenders. The prisoners are in the sewing business, make gifts, and disinfectants for in-system deliveries, including to other territorial bodies of the FSIN.

According to investigators, on August 1, 2018 captain Gasov and Lieutenant Semenov was brought into the room operations Department of IK Mindubaeva the convict and started beating him. What’s he done, is not specified, but, according to “Kommersant”, the misconduct was minor.

According to the materials of the case, the convict has caused at least ten punches on the back, resulting in numerous bruises.