Peskov called strange Forbes with Putin in the first place

Don’t need to be a visionary to put President Vladimir Putin on the first place of the ranking of the most influential Russians, told reporters on Thursday, press Secretary of the President Dmitry Peskov, commenting on a new rating by Russian Forbes. 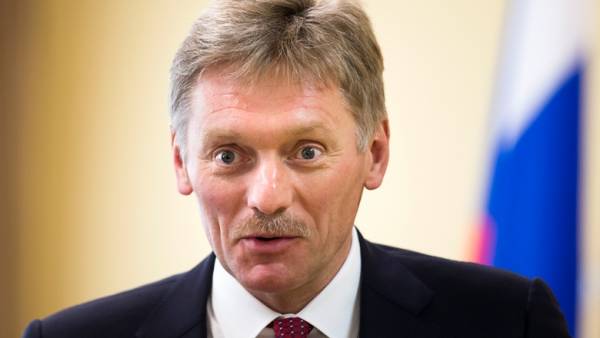 Overall rating of “nothing to say”, said the representative of the Kremlin. “What are the criteria, based on what is very strange, strange list,” — said Peskov.

Earlier, the Russian Forbes first published a ranking of the most influential Russians. The list includes 100 people. First place “automatically” took the President of Russia Vladimir Putin. In the explanation to the publication clarifies that this place is the Russian leader got for the reason that he previously took second place in the global ranking of the most influential people in the world by the American Forbes.

The top five, in addition to Putin, also included the Board Chairman of Sberbank German Gref and Gazprom Alexey Miller. In fourth place was the CEO of “Rosneft” Igor Sechin, the fifth Prime Minister Dmitry Medvedev. In the top-10 was the General Director “Surgutneftegaz” Vladimir Bogdanov (6th place) and the President of “LUKOIL” Vagit Alekperov (10th place).

Among the regional officials are the most influential, according to Russian Forbes, is the mayor of Moscow Sergei Sobyanin (13th place). In the list he walked the first Vice-Premier, Minister of Finance Anton Siluanov (16th place), the Chairman of the Investigative Committee of Russia (TFR) Alexander Bastrykin (19-e a place), the Prosecutor General Yuri Chaika (22nd place) and defence Minister Sergei Shoigu (30th place). Press Secretary of the President Peskov — 70-e a place.