The owner of the Bank Alexey Alyakin was skimming through a classmate. 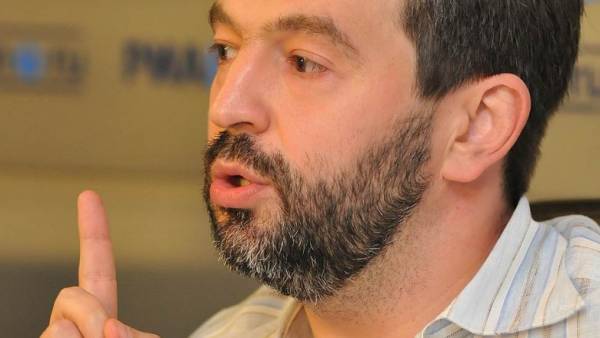 Pushkin city court of Moscow region has sentenced the accomplices of the former owner of the Bank “Pushkino” Alexey Alyakin. For the theft of 600 million rubles of this credit institution, former Deputy head of administration of Tver Denis Gontarev received four years in prison, and businessman Anatoly Semenov was sentenced to three years imprisonment. The guilt none of them recognized.

A criminal case on embezzlement of funds (part 4 of article 159 of the criminal code) of the Bank “Pushkino” was initiated GSU SKR across the Moscow region in June 2016 on the application of ASV. Understanding financial documents of the Bank (disbarred September 30, 2013), the Agency discovered that the money from this credit institution were abducted under the guise of granting loans to various legal entities — in total there were more than 80.

In particular, as follows from the materials of the case and the verdict, RUB 600 million was stolen from Pushkino in the period from December 2011 to August 2012.

To this end, the owner of the Bank Alexey Alyakin entered into a criminal conspiracy with his classmate, the Deputy head of administration of Tver Denis by Goncharovym, formerly head of the Department of tax crimes Department of internal Affairs across the Tver region. It was then that the Colonel Gontar met with a local entrepreneur, engaged in housing construction in the Tver region and Moscow suburbs Anatoly Semenov. Controlled by the latest ZAO “Stroyinvest” and “Stroystrim” Bank “Pushkino” and was issued a loan of RUB 600 million, it was Assumed that the money will be used for the construction of 11 apartment houses on Cherry street in the Moscow suburb Ruza. Instead of the money went to the construction of other objects, and personal needs of the accused.

The first defendant appeared in September 2016. It was then held at first detained as a witness Denis Gontarev. According to the consequence petition the court put him under house arrest. In December 2017, the same fate befell Anatoly Semenov.