“I am a Muslim, a Chechen athlete, and today I’m working with Versace”

In the German city of düsseldorf live four brothers of Chechen. All four work in the fashion business and sign contracts with major fashion houses Gucci, Versace and Lanvin. However, the brothers think that this is a temporary income. They dream of becoming UFC Champions.

Russian service Bi-bi-si talked to the family about the catwalk, ring, religion, and criticism of the Chechen society.

“I thought I was on candid camera”

At the age of 16 Gabriel Dulatov went to get my first job in a supermarket, in hours paid 6 euros. Earned at the supermarket, the money he spent, and was saving for a Gucci belt which I saw in the company store in düsseldorf.

Three years before that, the entire family of Gabriel — father, mother, five children — moved from Chechnya to Germany. “It was a difficult time for me, all my relatives, friends, school, all stayed here we had nothing,” he recalls. 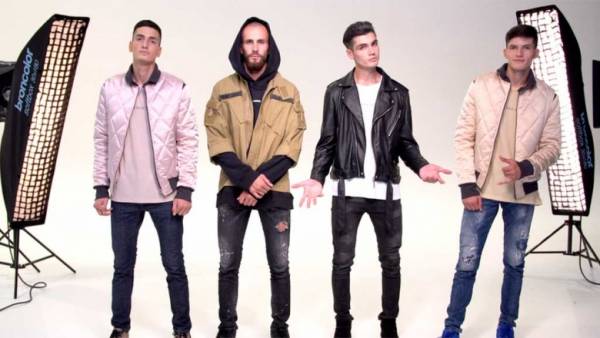 In the Gucci store he was approached by a female model scout and was offered a job.

“At first I thought it was a joke that I was on candid camera,” recalls Gabriel. He began to explain that a model’s career is not for him — he’s a Chechen, a Muslim, but the woman insisted and in the end begged his number and made me promise that Gabriel even try to talk about it with my father.

“I told my parents, they laughed too, but then my father suddenly said: let’s go all together, see what the job is. If there is something we should not, deny. Coming to the casting, I said I’d never wear pants above the knees, the underwear in General of the question. They agreed. So it all started,” he says.

A month later he was in Paris, participated in the fashion show Alexander McQueen, then came Milan and work for Lanvin, then a fashion show in China for Gucci. Now with the fashion houses operate all four brothers Dulatovich — Gabriel, Sulumbek, Islam, and Tamerlane. The eldest is now 24 and the youngest 18.

Last week on the website of Vogue came the news that one of them — Islam — signed fashion house Versace.

“First of all the Chechen and Muslim”

Rule “[no shooting in the clothes] above the knee” strictly adhere to all the brothers model. The stories of the older of them, once in the Armani he was offered a trip to Los Angeles for two days, acting for advertising perfume. The contract is worth 140 thousand dollars, half of which would be paid to him personally.

“The conditions were these: I’m in shorts, a jacket and a hat of some sort, with me half-naked girl. I said, a million dollars will not go,” says Gabriel.

In Chechnya, the shorts are not quite, though according to Islam, man is obliged to cover the part of the body only from the navel to the knees.

This rule guided the brothers Dulatova, signing contracts: any shows or photo shoots in lingerie. “We often offer, but we have not even discussed this,” they say.

The brothers say that all the job offers they discuss in the family.

“First we go to the brother because he is our mentor, our coach, he taught us everything and had a great experience,” says Islam. When he was first asked to come to the casting and take some photos, he also thought to refuse, on the grounds that to photograph a person’s religion is prohibited.

But then I talked to my brother and said: “some time I’m going to do it, but I always remember that I am first and foremost a Muslim, a Chechen”.

The gym for the Chechens

All the brothers connect their future career with sports — MMA fighters.