The officer repented on half a billion

His daughter was allowed to go home, and he remained in jail. 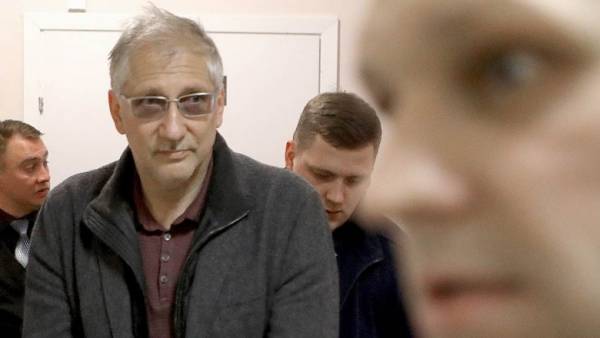 The former head of the office of Rostekhnadzor in the North-West Federal district Grigory Slabikov, accused of especially large plunders, has given the result of 500 million rubles. the Official, pleaded guilty, hoped for the active repentance of his release from prison. However, returned home, his daughter Elena, passing one with the father.

As reported by “Kommersant” in United a press-service of the courts of St. Petersburg, on Friday, the Dzerzhinsky district court ruled that the extension until December 11 of a measure of restraint in form of detention against Gregory Slabikova accused in a large fraud (part 4 of article 159 of the criminal code). Mister Slabikov asked to be transferred from prison under house arrest, citing the fact that he and his daughter, passing as the accused in the same case, has already fully admitted his guilt and gave the result of exposing each other’s testimony. Moreover, as explained in the press service of the Lord Slabikova told investigators where the RUB 500 million, which are related to the criminal case.

Earlier, during the searches, one of which belonged to the family Kabakovich apartments was discovered 33 mln. and €560 thousand And leased by the attackers in the city’s four banks of safe Deposit boxes, investigators seized more than RUB 1 billion in the Russian and foreign currency.

In addition, a significant amount of money, received by criminal way, Elena Slavikova invested in the development of its own legal business — she owns a hotel and substantial stakes in several commercial firms.

Active repentance to the former official did not help — the court found it necessary to leave the former head of the North-West Rostekhnadzor in custody. His daughter Elena Slavikova luckier — at the request of the investigator court the measure of restraint changed for her, sending under house arrest until December 11.