Patrushev and Bolton have not agreed on the statement after talks

In Geneva the meeting of the Secretary of security Council of Russia Nikolay Patrushev and the assistant to the President for national security John Bolton. 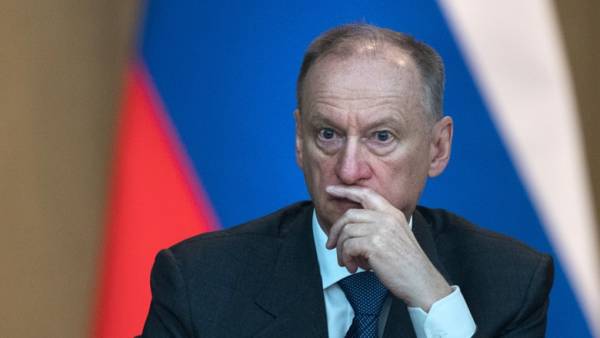 Mr Patrushev said that the parties did not sign the final Declaration because of the US position. “The United States wanted to mention RF interference in the elections”, — quotes “RIA Novosti” his words.

Nikolai Patrushev said that the United States wanted the statement to mention how the single interest of countries of terrorism. “Moscow insisted on the extension list,” he said.

According to the Secretary of the Russian security Council discussed nuclear non-proliferation, Treaty on the elimination of intermediate-range and shorter-range, and the Treaty on the reduction and limitation of strategic offensive arms, the parties also discussed Syria, Ukraine and cybersecurity.

Mr Bolton following the meeting, said they discussed all aspects of bilateral relations, including issues of arms control. “So, what we did today, we covered the whole range of issues that have two countries on arms control, a range of bilateral issues, fight against terrorism, illegal immigration, issues related cybersphere”, — quotes “RIA Novosti” his words.

This is the first Russian-American meeting such a high level after the summit of presidents of the United States and Russia Donald trump and Vladimir Putin in Helsinki, which took place on 16 July.

Before arriving in Geneva, Mr. Bolton held talks with the Prime Minister of Israel Benjamin Netanyahu. He said the presence of the General interests of the United States, Israel and Russia to curb Iranian influence in Syria. Also, Mr. Bolton said that Russia is “stuck” in Syria. The Kremlin did not agree with this statement and called it incorrect.