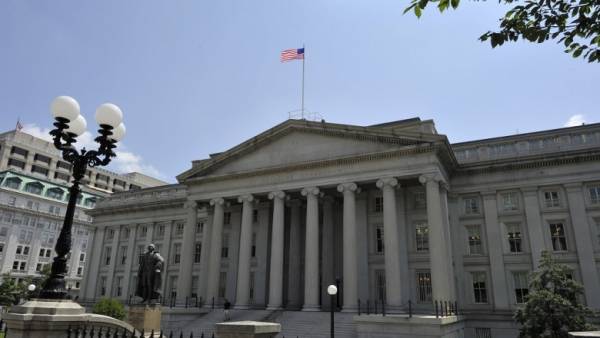 The statement was released shortly before her speech to Congress. Mandelker responsible for sanctions in the Ministry of Finance, shall report to the Senate banking Committee on the sanctions pressure on Russia.

Washington also made the list of cybersense two Russians and one company.

Under the restrictions were Anton Nagibin born in 1985 and Marina Tsareva was born in 1973 as related already under sanctions by the company “Dayvtekhnoservis”.

In addition, Washington made the list of sanctions on North Korea two Russian companies and six vessels. Under the restrictions were companies “Hudson shipping” from Vladivostok and “Vela Marin” from St. Petersburg, as well as the court’s “Bella”, “Hercules”, “Neptune”, “Partisans”, “the Patriot” and “Sevastopol”, they all go under the flag of Russia.

The Finance Ministry said that the United States will continue to impose sanctions against Russia if “Moscow will not change their behavior”.

The United States under various pretexts imposed against Russia a large number of sanctions. Part of the measures imposed by order of the President and he has the right to remove them.

However, the other applied in accordance with Congress act “On combating the enemies of America through sanctions” and cannot be cancelled without the consent of the legislature. So, they include sanctions against individuals and companies that allegedly “involved in the cyber attacks against the United States.”

The eighth of August, the U.S. administration announced new sanctions against Moscow because of the “business Skrypalia”. It is expected that the first package of sanctions the United States will come into force on 22 August.