Municipality of the sixth district of Prague decided to install the monument to Marshal Ivan Konev signs with additional information about the military. In particular, in the plates reveals the role of the Marshal in the deployment of troops of the Warsaw Pact in Czechoslovakia in 1968. 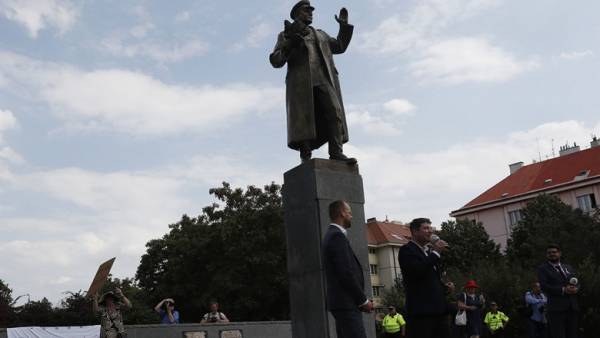 “In 1968, he (Ivan Konev) personally supported the conduct of communications intelligence before the invasion of Warsaw Pact troops in Czechoslovakia,” reads one of the signs (quoted by TASS). Available in Czech, English and Russian languages. The manufacture of plates cost about €20 thousand.

The Russian Embassy in the Czech Republic condemned the decision of the municipality, calling the actions of the authorities “is incorrect and politically motivated”. According to the diplomatic mission, on the plaques contains “no documentary evidence of the hypothesis.”

“The leadership of the city district Prague 6 is trying to tarnish the personality Konev, using one of the most sensitive pages of our common history. They can have serious negative consequences for the further development of Russian-Czech relations in the military-memorial area,” reads the statement of the Embassy in Facebook.