Discoveries of archeology that changed the course of history 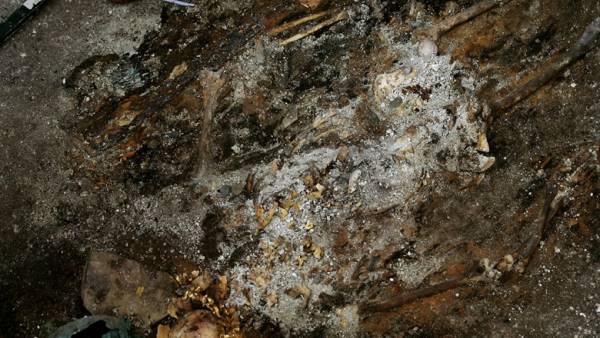 IA REGNUM recalls major discoveries of archeology, which helped better understand the history of the country and humanity.

The Princess Of Ukok

In 1993, archaeologists from Novosibirsk found on the Ukok plateau in the Altai mountains the burial of a woman Dating from V—III centuries ekami BC. Due to cold climate and the depth of the burial chamber tomb was icebound. It found six horses under saddle and harness, a deck of larch bronze nails and a mummy of a young woman. Scientists are still arguing whether it was the noble lady or she belonged to the middle layer of the Pazyryk society. Now the exhibit is kept in the Museum of Gorno-Altaisk. Meanwhile, indigenous Altaians believe that the floods and earthquakes on their land related to the fact that “Princess” was moved to the Museum, and need to return it back to the plateau.

In 2010 in Denisova cave, located in the valley of the Anuy river in the Altai, archaeologists have discovered the remains of “Denisovsky man”. In the cave found the bone of the last phalanx of the child’s thumb, three large molars that belonged to the young man, and a phalanx of a toe. The researchers conducted DNA analysis and found that the remains of more than 40 thousand years. Moreover, “Denisovsky man” turned out to be an extinct type of human, whose genome is significantly different from ours. Evolutionary divergence of the human and Neanderthal occurred around 640 thousand years ago. Later, these people became extinct or partly mixed with Homo sapiens.

In the Kyrgyz district of Issyk-Kul were found primitive people, petroglyphs, various tombs and other antiquities. But archaeologists didn’t stop there. During the international Russian-Kyrgyz underwater archaeological expedition to the bottom of the lake found at least five ancient cities, whose age is 3 thousand years. The city stood on one of the branches of the Great silk road. It is assumed that these places were not only trade but also the Spa center of the ancient world.

Arts and crafts day is not an official holiday and not timed to any event. About its origin there are several legends. According to one of them, before the great Patriotic war, the archaeologists who conducted excavations in Novgorod, wanted to arrange a holiday. They said the leader of the expedition, August 15 — birthday Bucephalus, horse of Alexander the great. Such an event could not fail to note. Soon the reason for the celebration was forgotten, and the birthday horse was the day of the archaeologist.