Pentagon: US Space forces need to confront Russia and China

WASHINGTON, August 15. /TASS/ — Mattis said that the US has no plans to deploy weapons in space, satellites need to defend. 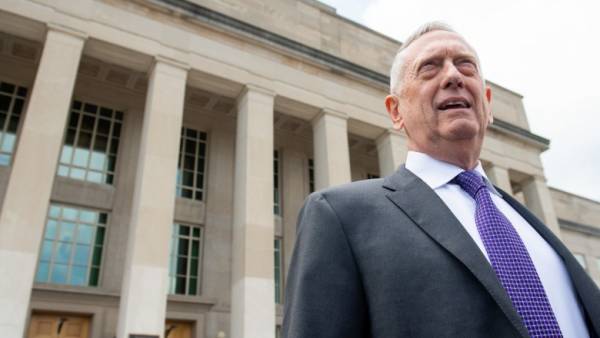 Pentagon chief James Mattis said that the US needed Space forces to protect its satellites from Russia and China. As reported on Tuesday the newspaper the Washington Post, he stated this during his visit to Brazil.

According to the publication, Mattis argues that the US has no plans to deploy weapons in space. He stressed that the satellites play an important role not only in the conduct of military operations, but also vital for the world economy, so it is important to defend them.

He stated that in January 2007 China via land-based missiles destroyed its own weather satellite to demonstrate to the United States its capabilities. Mattis stressed that the creation of Space forces is a response to growing threats from other countries.

At the end of October 2017, the United States refused to support the UN three resolutions aimed at preventing an arms race in space and developed in collaboration with Russia, China and several other countries. A key element of one of the resolutions was to call for an early launch of international negotiations on a legally binding document designed to prevent the placement of weapons in outer space.

In June, the President of the United States Donald trump ordered the Pentagon to create a Space force as a full-fledged armed force of the country. The White house has repeatedly expressed the idea of forming such a force.

Speaking in March before the Marines at the air base Miramar (California), he stressed that “the new national space strategy of the United States space declared war zone, such as land, air and sea.”