Water General, the bottom of the contract

The Caspian sea was divided as I could. 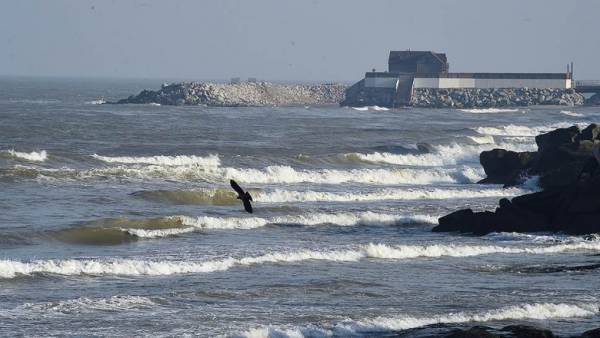 Caspian countries and submitted to the Convention on the legal status of the Caspian sea almost all the issues except the key. It defines the state border at sea, the right to commercial navigation, cargo transit, fisheries and the movement of warships. But the document avoids discussing the rules section of the bottom: to distinguish between their sectors in the Caspian shelf, the countries need each other on separate negotiations.

Signed on August 12 in Astana, the Convention on the legal status of the Caspian sea seems the maximum compromise that could achieve the five Caspian States. In the text it is quite clearly stipulated the principle of separation water space of the Caspian sea. So, introduce definitions 15-mile territorial waters, where the coastal state has full jurisdiction (the line of these waters is recognized as the state border).

In addition there is a kind of “buffer” — a 10-mile fishing zone adjacent to the territorial waters. The rest of the water of the Caspian is declared a total. In his fishing area, a state may, for example, to conduct “reasonable” inspections of ships with warships.

The use of the spaces as specified quite clearly. Commercial shipping (including the right of the littoral States for access to transit traffic from the region — all types of transport), fishing, research, airlines over the Caspian sea — the document describes all these aspects. The Convention also extremely elaborate in the regulation of the military presence in the Caspian sea — primarily in the terms on which warships may enter foreign territorial waters.

The “gray zone” of the Convention starts exactly in those aspects where the contradictions between the littoral countries are considered the most strong, — the delimitation of the seabed and subsoil. Given the fact that almost all Caspian sea is oil and gas pool, in the post-Soviet era, disputes about jurisdiction over particular areas are almost constantly (especially in the southern part of the sea — Azerbaijan, Turkmenistan and Iran). It is not surprising that in fact the Convention does not reglamentary the principles of the division of the Caspian seabed into sectors, there are only General formulation “by agreement of the adjacent and opposite States, given the universally recognized principles and norms of international law”.

In fact, it looks like the unofficial recognition of the inability of the five Caspian littoral countries to agree on the rules of the game with oil and gas resources and transit pipelines (for example, discuss the many years the project of delivery of Turkmen gas across the Caspian to Azerbaijan and further to Europe).

The Convention formally gives the right to lay in our sector pipelines and cables, require only an environmental approval from all five countries to establish production platforms. But for any such project in the South Caspian sea (the Russian Federation agreed with Kazakhstan and Azerbaijan on the division of the bottom) the participating countries will first need to split the bottom. That is, to resolve the dispute, which lasted more than a quarter century without any hint of progress.

The Convention will enter into force after ratification by all the member countries.