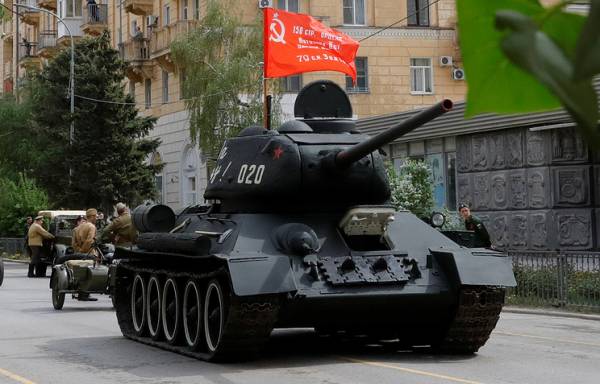 KURSK, August 13. /TASS/. About 80 units of military equipment, particularly armored infantry fighting vehicles, rocket systems of volley fire, armored vehicles and self-propelled mortars will be on parade in honor of the 75th anniversary of the victory in the battle of Kursk. Will head the column of T-34 tank, which will cover on their own on August 23 at the main streets of the Kursk, said on Monday in administration of Kursk region.