15-year-old, a suspect in the arson of the wooden Church of the Dormition of the XVIII century in Karelia, detained for 30 days, reports TASS, citing the Republican Department of the TFR. He is placed in a temporary detention centre for juvenile. 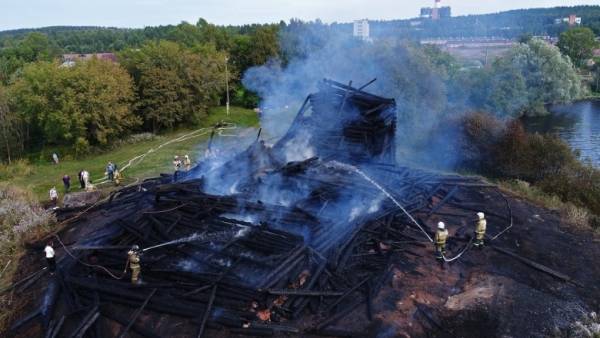 The teenager appointed judicial psihologo-psychiatric examination to determine sanity. Source TASS in law enforcement bodies asserts that the teenager has a mental disorder: their actions, he explained the desire to become famous. When will be the examination, not specified.

The source of “RIA Novosti” said the teenager admitted his guilt.

The Church of the Dormition in the Republic of Karelia. Archival photo | Source: RIA “Novosti”