“The bruises from the batons on the body”: the Siberian man has died after police detention

In Omsk, the investigators understand the complicated history of the death of 34-year-old local resident Alexei Treshnikov. 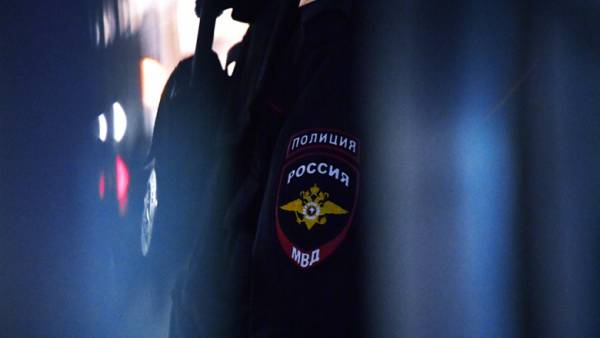 MOSCOW, 13 Aug — RIA Novosti, Victor Zvantsev. He died after a fight, to separate which arrived the squad of patrol-guard service. The relatives of the deceased claim that he was beaten with batons by the police. The Investigative Committee did not jump to conclusions and wait for the conclusion of forensic experts. RIA Novosti versed in the circumstances of the incident.

On the night of July 10, 2018 residents of the building on the street Popova in Omsk was woken by the screams from the street. There had it out for Alex Trushnikov and Sergey Kapitonov. The cause of the conflict, do you think the relatives of Alexei, was a girl, which is not shared by young people. The confrontation ended with the assault.

“As such, the conflict between us was not, and violent fights. Alex hit me with a bottle and knocked to the ground, told RIA Novosti Sergei Kapitonov. — A few minutes we fought, and then came the squad of patrol-guard service. Guards summoned one of the residents”.

According to Kapitonov, Trushnikov, being drunk or being under the influence of drugs, rushed on the police with fists, but were rebuffed.

“He was knocked to the ground and started beating him with rubber batons, he says. Even when Alexei was handcuffed, he tried to resist. Patrol in response to continued stabbing him on the body and on the head”.

The relatives of the deceased refer to seeing the fight the girl, who also claims that the security forces beat Trushnikova with batons. “When patrol arrived, the boy himself approached the police and began about something to argue with them. Rowdy offered to go to the Department. He refused and fled, but was caught, knocked to the ground and started beating him. I heard the sound of blows and groans, but it is to hit, not seen”, — said the girl.

The place where the fight took place

Another witness said that serious of an injury he received before the arrival of the police. “I heard screams, went to the balcony and saw the two fight. One was on her back and the other was sitting on top and beat the opponent in the face, — told RIA Novosti, Alexander Andreev. — It lasted for 20-30 minutes. Then the police arrived. Personally, I have not seen beaten if they are lying”.

Anyway, Trushnikov ceased to give signs of life after the appearance of the outfit. Emergency doctors are unable to help the victim, and only verified death.

“When he came home at night, we immediately became concerned because this never happened before. Besides, the next day he had to go to the guard, — said RIA Novosti the mother of the deceased Tatiana Trostnikova. — In the morning I called all the local hospitals to no avail. Then dialed his ex-girlfriend Irina (of which there was a conflict). It is as if nothing had happened said that my son died.”

Tatyana phoned the morgue, but always insisted: victim named Trushnikov they have not been. Although does Alexis had a passport and a mobile phone.

“Only through a friend funeral agent I found out where the body is. My husband and I immediately went there, but somehow we are not allowed to identify, and the body was given only a few days an hour before the funeral, she continues. — By the time it is put in normal form. However, the Agency saw Alexis in the morgue before cosmetic procedures — his face was disfigured: the nose broken, a fractured skull, a hole between the eyes.”