The trust on the reform has not kept 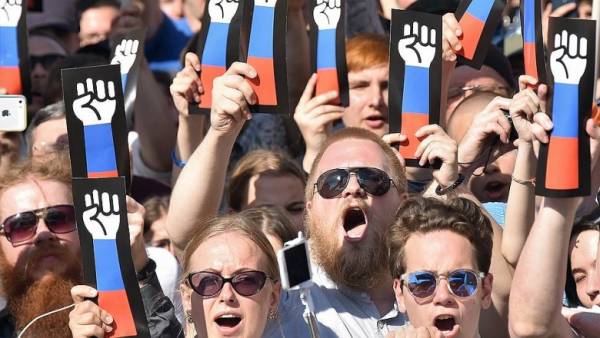 According to the latest figures of the Fund “Public opinion” (FOM), the ratings of the institutions of government fell again on the background of the pension reform. If a week ago, the work of Dmitry Medvedev as Prime Minister positively evaluated 26%, now 24%. The assessment of performance of Vladimir Putin as President over the past months, dropped to 63%, but since the end of July is held at this level. Fell to 32% and the rating of “United Russia”. Today fresh data, fixing minor variations, publish and all-Russia centre of studying of public opinion (VTSIOM).

Fund “Public opinion” published the results of a weekly survey conducted August 4-5, in 73 subjects of the Russian Federation among the 3 thousand respondents (.pdf). The ratings of the authorities, according to him, once again fell on the background of the proposals on pension reform. On the question of which candidate respondents would vote in the anticipated elections next Sunday, 45% of respondents answered: for Vladimir Putin. This is the lowest rate since 2013. The drop in electoral rating of the incumbent President began in may 2018. Prior to that, he was steady at 65%, and at the time of publication of the previous survey (July 29) rating is still 47%, from the data FOM.