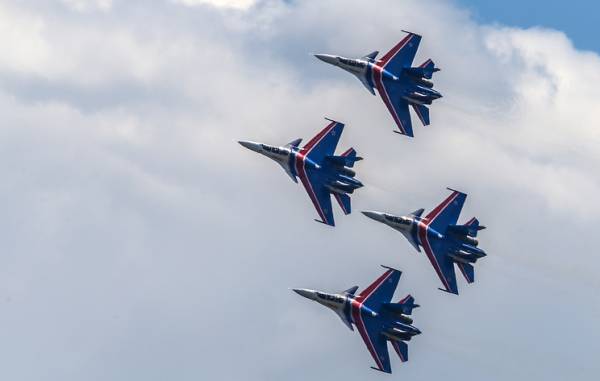 POLYGON DOBROVICI /Ryazan region/, August 10. / TASS/. Aerobatic team Russia will show an air show in Ryazan and the Moscow region on the eve of the aerospace forces (VKS) Russia. This was reported to journalists in the press center of the international competition “Aviadarts-2018”.