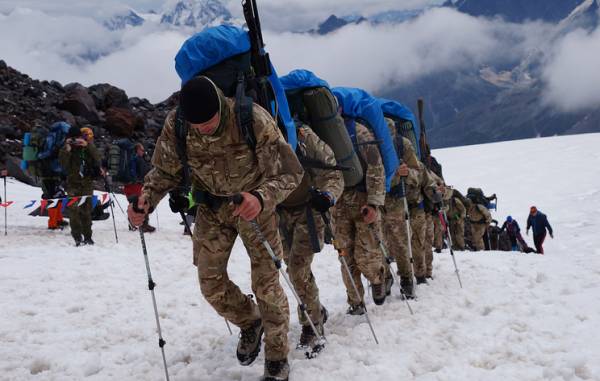 TERSKOL /Kabardino-Balkaria/, August 10. /TASS/. The closing ceremony of the competition the international Army games “Elbrus ring”, which was attended by mining units from seven countries, took place on Friday on the basis of Terskol in the Elbrus region, the correspondent of TASS from the event.

According to head of the Department of physical training and sports of the Armed forces of the Russian Federation Oleg Boatswain, the main result of the competition was the successful completion all participants in his speech. “The most important thing in such events is exchange of experience and participation In the next year we will be five years, we expect that the number of countries will increase,” he said in an interview with TASS.

According to the Deputy chief judge of competitions, the Vice-President of the mountaineering Federation of Russia Ivan Dusharin, all the teams did very well. “The ascent of Elbrus we decided this year to roll and finish we were on the saddle at the level of 5.3 thousand meters above sea level, it was the decision of the jury taken to ensure the safety of participants”, – explained TASS Dusharin. Among the teams he mentioned troops of Uzbekistan and India, noting that the leader of the competition team of the Russian Federation – should be ready for serious competition next year.