According to the President of the Republic of Belarus, Moscow is not fulfilling its obligations in the framework of the EAEU. 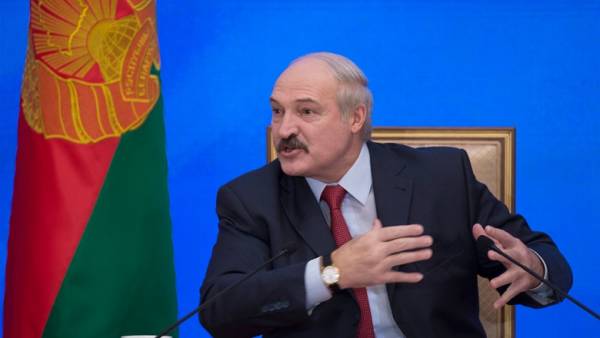 President of Belarus Alexander Lukashenko said that Moscow behaves savagely towards Minsk. According to him, Russia does not fulfill its obligations in the framework of the Eurasian economic Union (EEU). Lukashenka said during his visit to the enterprise for the production of agricultural machinery “Gomselmash”.

I want to keep “Gomselmash”. We are now having a hard time the Russians behave savagely towards us, publicly talking about it. They demand from us something like we’re vassals they have, and in the framework of the EEU, where they invited us, they fulfil their obligations don’t want to.Alexander Lukashenko the President of Belarus, quoted by BelTA

According to Lukashenko, Moscow accuses the West of creating “non-competitive benefits.” “And do something for us they are the same create non-competitive conditions. This is a topic more of our conversation with the President of Russia. But we have to work in those conditions, which exist today”, — he said.

On Belarus will be strong pressure from competitors, said Alexander Lukashenko.

We’re backed with the West are different “classes lexionary” and so forth, and we are caught, unfortunately, in the East of our elder brother, who behaves in unfair competition. They [Russia] “Rostselmash” your support, subsidize, breaking our agreement to the EEC.Alexander Lukashenko President of Belarus

Lukashenka promised to support “Gomselmash”. “But you hurry up and get to work. We need two to three years to survive in this unfair competition and outperform their rivals (they — my friend, the President of Russia [Vladimir Putin] called partners and I call our at least rivals)”, — he said. The President of Belarus expressed confidence that in the circumstances the company will be able not just to survive, but to surpass their competitors.

Alexander Lukashenko on August 10 is in a working trip to the Gomel region. Earlier in the press service of the head of Belarus said that “Gomselmash” he was familiar with the state and prospects of development of the enterprise, the work of the design Bureau for the creation of new models of high-performance grain and forage harvesters.