The Olympics were cut on the exam 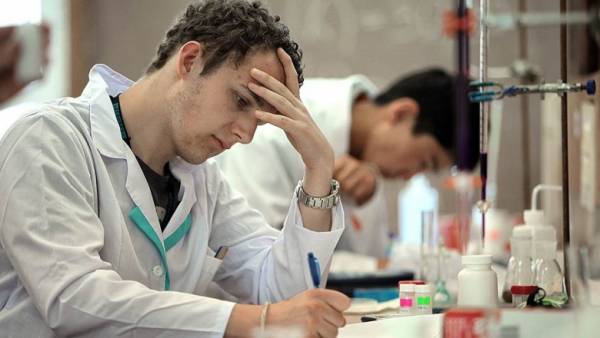 The Ministry of science and higher education (Ministry of education) intends to reduce the number of school competitions, participation in which gives an advantage when applying to universities. From the current list will be removed in 25 contests. For example, the all-Russian Olympiad on the state languages of the republics of the Russian Federation, initiated by the Kazan University. It is noteworthy that before the Federal government insisted on the abolition of the compulsory study of state languages of the republics. However, in Tatarstan, this decision is not connected to politics. The expert community also believe that reducing the number of competitions does not violate the rights of students.

The Ministry of education has published a draft order approving the list of Olympiads for schoolchildren for the next school year. Updated annually, the list ranks the competition for representation (three levels — depending on number of participants). This figure is taken into account in the allocation of budget places in universities: the winners and prize-winners of competitions of the first level have advantages.

According to the document, the number of events is reduced from 97 to 72.

So, disappeared from the list of the Olympics, Russian state humanitarian University in history and Russian language. According to information on the University website, the University holds competitions for “identifying gifted students and development of innovative potential of high school students since the early 1990-ies”. The same fate befell the “Phystech.International” MIPT (University conducted jointly with Rossotrudnichestvo) and the Olympics “Kurchatov”, the winners of which could count on special conditions for admission to MIPT. Moscow state pedagogical University lost the support of the competitions in geography and a foreign language. Not included in the list of medical Olympiad: sechenovskiy all-Russian Olympiad (held Sechenovskiy University) and competition “the Future of medicine” (Volga research medical University).

It is noteworthy exception of the Saint-Petersburg astronomy Olympiad. One of the most sensational decisions of the head of the former Ministry of education and science Olga Vasilyeva on this post was the return of the subject of astronomy into the school curriculum from September 2017.

Ministry of education and science also considers it necessary to deprive of the status of all-Russian Olympiad of schoolchildren on the state languages of the republics of the Russian Federation.

Its organizers were the former Ministry of education and science of the Russian Federation and Kazan Federal University. Recall, the intention of the Federal authorities to abolish the compulsory teaching of languages in the republics caused in 2017, the protest in Tatarstan. As reported by “Kommersant”, the head of the Republic Rustam Minnikhanov stated that the Tatars themselves should learn the native language, and urged residents to “forget all resentment” and support the election of Vladimir Putin.

In July 2018, the state Duma adopted a law according to which parents of students receive a “free choice” which language their children will learn like a native: Russian or state language of the Republic. The rector of Kazan University Ilshat Gafurov told “Kommersant” noted that the decision to exclude Olympics from the list of “has nothing to do with politics.” “Experts said that the materials of the Olympiad was poorly prepared,” said the rector. According to him, the decision to reduce the number of competitions was considered at MSU, “about three weeks ago and was accepted unanimously”.