Economy sugar in the blood

Execution of protocols for the treatment of diabetes for ten years will save 200 billion rubles. 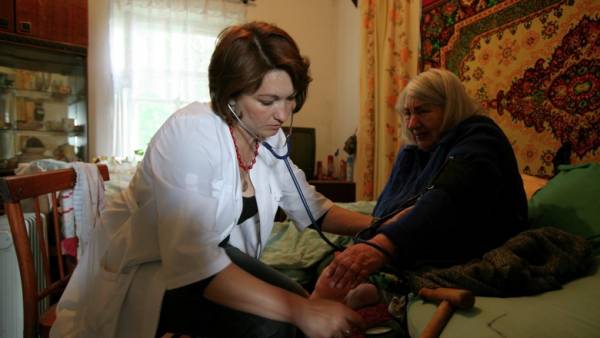 According to estimates of the Higher school of Economics, because of differences between the clinical recommendations and practice the Russian budget could lose an additional 200 billion rubles for the treatment and social support of patients with diabetes. More effective implementation of treatment protocols, in contrast, will prevent more than 90 thousand deaths of such patients, and 32 thousand cases of disability. The possibility of saving the Ministry of health 20% of the cost of treatment of common diseases demonstrates the actual size of such reserves in health care: the shortage of funds in the MLA and shadow co-payments of the population for these services is at least partly due to the low efficiency of health care, not lack of money

The failure of clinical guidelines for the treatment of diabetes of the second type is the budget of the Russian Federation annually about 20 billion rubles this data the staff of the Higher school of Economics Larisa Popovich, Elena Potapchik and Svetlana Svetlichnaya lead in the work on the assessment of the economic effect from implementation of programs to combat this disease.

This is one of the first works on the assessment of economic losses from a specific disease. In Russia there is practically no definition of the Institute of socio-economic efficiency of treatment, is not included in the practice assessment of the damage from a particular disease in comparison with the cost of controlling them. Therefore, this study uses a combination of foreign models (base elected Oxford model UKPDS-ОМ2), which calculated two scenarios of the development of the disease in a sample of patients. In the first case, their condition complies with 2017 clinical guidelines of the Ministry of health (the algorithms of specialized medical aid), in another — the actual course of their illness from the Federal register of diabetes.

Now in Russia was 4.3 million people suffering from type II diabetes (2.9% of the population).

However, according to the International diabetes Federation, the number is about 12 million people (8.3% of the population), which puts Russia in fifth place in the global ranking of countries with the highest numbers of diabetic patients after China, India, USA and Brazil. The cost of treatment and welfare of people with diabetes account for about 100 billion rubles a year — this is one of the largest budget items for the system. While the existing practice of disease control leading to high level of development of various complications — cardiovascular disease, eye damage and kidney failure.

As shown by calculations, as a result of achievement of target indicators of disease control for the ten-year period, the expenditure for treatment could be reduced by about 20% to 206,2 billion.

The share reduction of production losses account for over 60% of the economic benefits (138.5 billion rubles.). Significant benefits the government may obtain either by reducing disability, as savings on payments of social transfers to the disabled for the period may reach 53 billion rubles. Also during the decade of health spending allocated to the treatment of cardiovascular complications can be reduced by 14.7 billion rubles.