The business conclude in the strong withdrawal

Metallurgical and chemical company was asked to share “excess profits”. 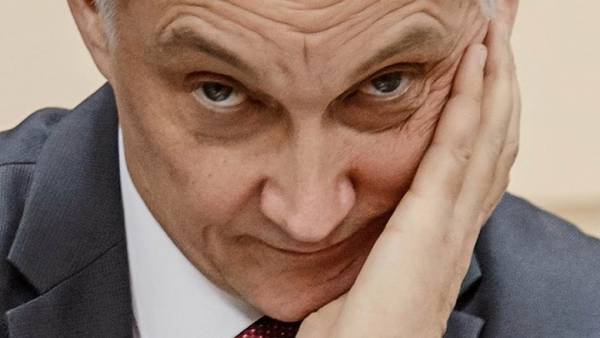 Despite the government’s promise not to increase taxes on business the assistant to the President Andrey Belousov has made an approving resolution of Vladimir Putin to the idea of withdrawal of “super” metallurgists and chemists. The government will now have to fulfill this assignment — at least formally, and it is possible that the White house, while not in need of money, will criticize the idea. Potential “sverginare” budget in the face of metallurgists has already to the nines to post the calculations of Mr. Belousov and challenge their usefulness to the economy.

Assistant to the President Andrei Belousov, Vladimir Putin proposed the idea of “withdrawal” from the profits of the mining, chemical and petrochemical companies for more than 0.5 trillion rubles., it is Advisable to instruct the government to submit proposals on such additional sources of income, wrote Mr. Belousov. President July 28, put on the letter to his assistant (published online) a resolution “Agree”. Deputy Prime Minister Maxim Akimov instructed the Ministry of Finance, the Ministry of industry, Ministry of energy, Ministry of economy and the Ministry of natural resources by 17 August to send to the government a draft of the report to Mr Putin.

Andrei Belousov refers to the need of budget funds for the execution of the new decrees of the President and gives the example of the situation in 2016, when for filling of the state Treasury, it was decided to withdraw additional revenues from oil and gas companies.

It brought in two years the budget of about 600 billion rubles, according to officials, due to market conditions in 2017 metallurgists and chemists of the Russian Federation received a total of more than 1.5 trillion rubles EBITDA. But the tax burden (the ratio of taxes no personal income tax and social security payments to revenue) only 7%, whereas for the oil industry — 28%. “The alignment of profitability” to the level of the oil and gas industry while “maintaining the investment opportunities”, says Mr Belousov, give 513,7 billion rubles. budget. But the tax mechanism for such withdrawal is not, he admits, and it is proposed to discuss the government.

Least had to pay would be calculated as assistant to the President, Evraz (RUB 5.5 billion when the revenue of these sectors in 623 billion roubles and EBITDA margin of 24%) and Akron — RUB 8.3 billion, 32%. Also in the list of potential new donors of the budget of NLMK, Severstal, MMK, metalloinvest, SUEK, Mechel, OJSC PhosAgro and Uralkali.

Companies reviews “b” is not given. For them, says the interlocutor of Kommersant in the industry, the letter was a surprise. The other two sources rely on the explanation at the meeting in the Ministry of industry and trade, which is scheduled for today. “You can put an end to all investment programs”, — said one of interlocutors of “Kommersant”. Another source of “Kommersant” notes that the calculation of “excess profits”, and painlessness withdrawal “needs further evaluation”.

The President of the Association Russian steel (lobby large metallurgists), the owner of NLMK Vladimir Lisin says that “the proposal raises many questions”. “For example, for a fair settlement, you need another way to calculate the tax burden,” he explains.

In the base of calculation must not include earnings in foreign jurisdictions where other types of taxation, continues the businessman, and the tax burden should be calculated not from earnings and profits — it is a source of investment, dividends and payments to the state.

He also believes that it is necessary to consider personal income tax, insurance contributions and non-tax payments.

Mr. Lisin notes that as a base of comparison taken the average profitability of the oil and gas industry to 2017 — 22%, but this or lower profitability was only “Rosneft” and LUKOIL, and the rest above.

The head of “Russian steel” has observed that the proposed method is encouraging inefficiency: the lower the profitability, the less you will have to pay. Also not taken into account how much the company has invested and how much you need to invest in the future.

According to the assessment of Vladimir Lisin, the removal of ferrous metallurgy 250 billion roubles a year more on its investment in 2017 — 170 billion rubles.

The initiative to seize does not take into account the cyclical nature of market conditions, debt burden and financial condition of the companies, says Vladimir Lisin: only for ferrous metallurgy there are more than 50 duties and restrictions in foreign markets. “The planned withdrawal from manufacturing industries is not consistent with the development and increase of competitiveness of the Russian economy, under the impact of a capital-intensive industry, creating the main volume of added value,” he notes. Overall, says head of lobby metallurgists, offer little correlated with the repeatedly confirmed “by the neutrality of the tax burden”.

In this case, and metallurgists, and chemists do use a favorable situation on their markets in recent years, paying significant dividends.

“The majority of metallurgists of the Russian Federation — exporters, which benefit from weak ruble and rising prices for products, — says senior analyst of the company “Aton” Andrey Lobazov.— A greatly reduced debt burden and offer dividends with yields often exceeding 10%. It is therefore not surprising that the government is interested in increasing the budget”. Ways of encouraging them are many — from increasing the severance tax to refund of export duties on metals, he says, but it will negatively affect the investment attractiveness of companies and their dividends. According to Mr. Lobazova, focusing on the average profitability of the oil and gas industry (22% of EBITDA), it seems quite an extreme measure, “which is likely to cause a flight of investors and reduced market capitalization.”

One of the sources of “Kommersant” claims that similar points were expressed by the representatives of “Rosneft”. In the oil company reviews “b” is not given. But friend Andrei Belousov said that, given the rather cool relations with the head of “Rosneft” Igor Sechin, the version of the origin of this initiative in the oil company looks questionable.