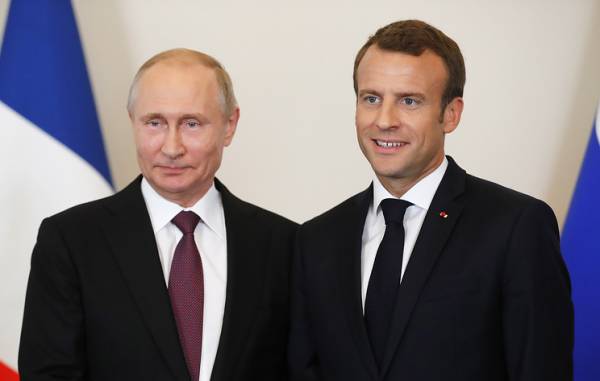 MOSCOW, July 21. /TASS/. The presidents of Russia and France Vladimir Putin and Emmanuel macron discussed the situation in Syria, the Russian President stressed the importance of helping to rebuild the country’s infrastructure.

“During the exchange of views on the current situation in Syria, the leaders gave a high assessment carried out in July, the Russian-French operation for the delivery and distribution of humanitarian aid among the population of the Syrian province of the East ghouta”, – stated in the message of the Kremlin.