Chemistry Department of Lomonosov Moscow state University first went blind student. The examination work of graduate of the Moscow boarding school No. 1 Daniel Garanina was among the 15 best in the Department. 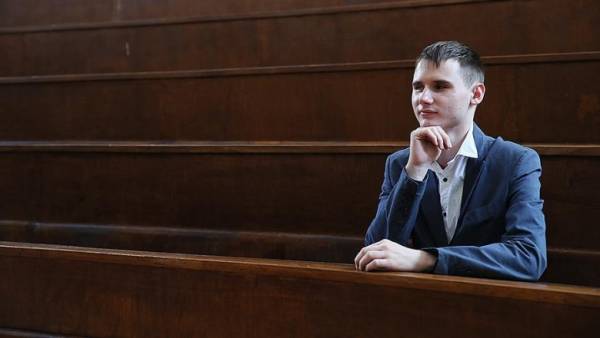 Daniel went blind five years as a result of an accident in kindergarten. Chemistry, he became interested in the 9th grade. After that, without any special training became the winner of regional competition. Despite the efforts of teachers to dissuade him from the idea of becoming a chemist, Daniel firmly decided on a career choice.

The young man successfully passed the exam and have coped well with the additional entrance test (DWI), Moscow state University, gaining 94 points. Only Daniel scored 441 points, while the entrance to the Department of chemistry is the oldest Russian University — 419 points.

Now University professors are developing a training program a special student. The main difficulty lies in the practical classes in chemistry.