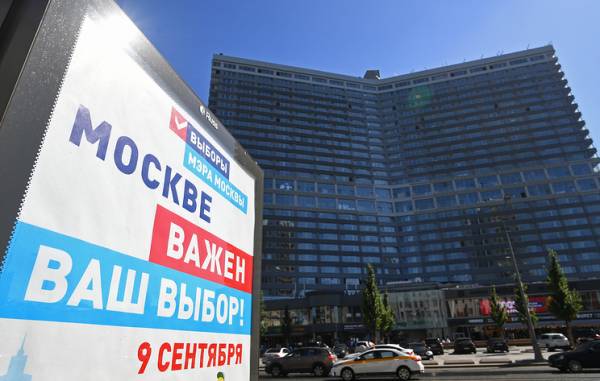 MOSCOW, August 11. /TASS/. The period of campaigning in the media on the eve of elections of the mayor of the Russian capital kicked off on Saturday, it will last until the “day of silence” on 8 September. Within 28 days of the candidate in mayors will be able to participate in election debates, and on urban television and radio channels will be broadcasted campaign videos. Elections will be held in a single voting day on 9 September.