In Russia may be obliged before the wedding to sign the marriage agreement. The proposal was made by the Deputy of legislative Assembly of Leningrad region Vladimir Petrov. 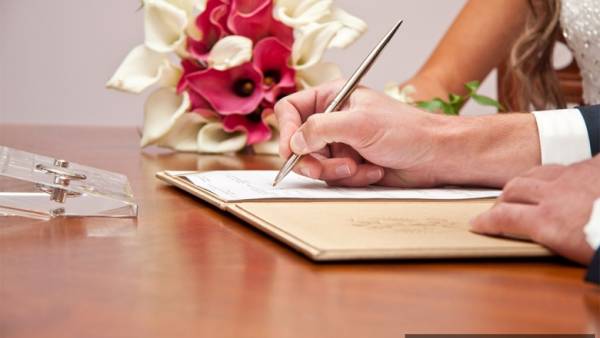 It is reported RT with reference to the corresponding appeal to the Duma Committee on family, women and children.

According to the Deputy, the division of joint property are the trend.

He noted that, according to various estimates, up to 70% of marriages in Russia end in divorce and division of property.

You need another Bank to negotiate, what happens in case of divorce with real estate and savings — existing or shared their newly gained, what happens in the case of adultery of one spouse — say, the injured party will depart most of the property.Mr Petrodata legislative Assembly of the Leningrad region News

The Deputy noted that it is also necessary to decide with whom will the children and how will custody. In his opinion, this will help to avoid the situation “for example, when a woman is trying to seize the lion’s share of the property, is threatening to deny visitation”.

Earlier it was reported that every year the number of pairs in Russia, concluding marriage contracts, increased 1.5 times. Over the past year the Russians concluded a 90 thousand such treaties.

In addition, Russia may introduce amendments that simplify the division of property between the former spouses. Business will go to whoever worked it, and the second partner will receive compensation. It is also intended to allow judges to change the terms of the marriage contract, if they seem unfair.