Naseri told about the fight in Moscow karaoke club

MOSCOW, 8 Aug — RIA Novosti. French actor Sami Naseri said in an interview with Sputnik France his version of the events that occurred in the karaoke club “voice” on Tverskaya street in Moscow. 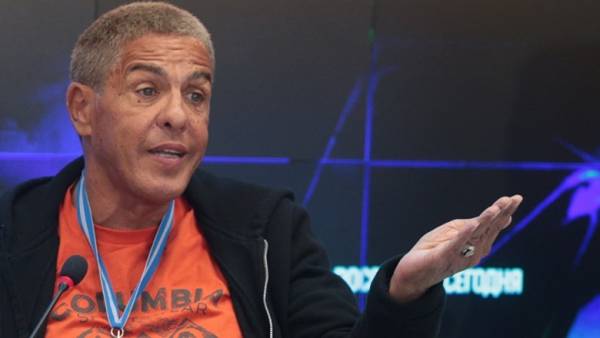 According to him, the conflict arose because of a group of drunken visitors, who paid the administration to sing the queue. In the end, they performed more than twenty songs in a row.

I know the rules, I know Russian culture karaoke, I was at 20 bars for the year of his stay in Russia, and never were forced to pay for the songs. And here they must be paid, that is, they had more rights because they paid.Naseri

He noted that young people were familiar with the administration of the institution.

“At some point I said, “Stop, we’re leaving” came out and waited for brother. When we went, one of the instigators pulled my hand to talk. I said we’re leaving. These people followed us, one of them attacked his brother, and started the fight,” said the actor, noting that the security bar was released from the institution, but “did not budge”.

He added that after his company went from the bar to the side of the house, one of the attackers walked up to him and stabbed in the face. “The man who hit me was drunk, as was confirmed by the police,” said Naseri.

The Frenchman also denied reports that he and his brother were drunk. According to Naseri, he does not drink alcohol, because taking medication.

The actor stressed that he had not received in the fight traumatic brain injury. According to him, he is now in good condition.

Earlier in law enforcement bodies reported that Naseri went to the police, where he said about the fight in the club “voice”. Later, the actor was operated in the research Institute named after Helmholtz.

Naseri best known for starring in the film “Taxi”.