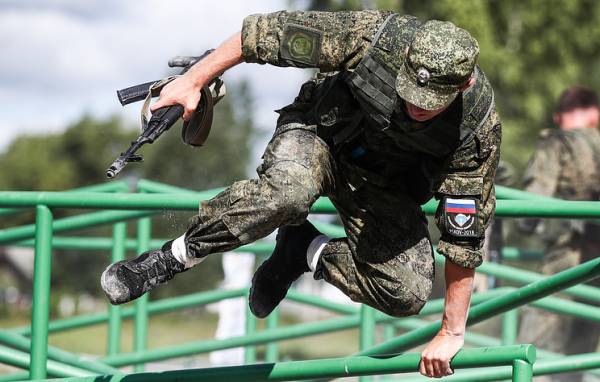 “You run five miles, then cross the ditches, the fences, stormed the building with weapons behind, in full combat gear, which weighs eight kilograms. And then you need to catch 15 seconds to hit the target from a grenade launcher, machine gun, and machine gun. This is a serious load. And the most difficult is to combine endurance, strength, and ability to accurately fire,” says the senior coach of the Russian team, Colonel Sergey Eremin, looking in the direction of their fighters preparing for the relay.