Lies on the front line: a system of accusations against Moscow 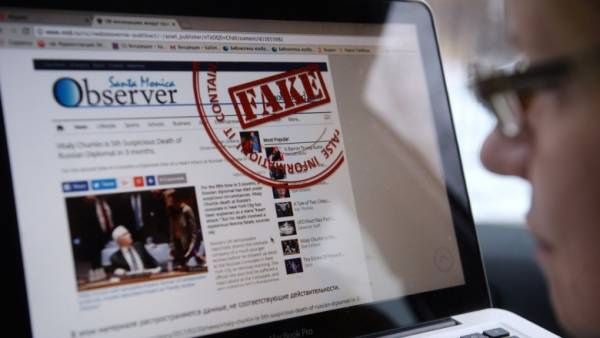 Create fake news and their publication in reputable journals are a part of the existing international courts system for the nomination of formal charges against a particular country. This “news” the lawyer said British bar Brick Court Chambers Michael Swainston representing the interests of the Russian Federation at the European court of human rights in the case “Georgia V. Russia (II)” and proceedings initiated by Ukraine.

During the work of the ECHR the lawyer has prepared a special 160-page report, which gathered evidence as fabricated stories are not supported by any declarations and mounted photographs later presented as “facts” on the basis of which end up lining up accusations against Moscow.

In his report, Michael Swanston cites a series of evidence that the creation of fake news and their repeated publication, with the involvement of international organizations is a strategy that aims to build and support the anti-Russian vector.

When Michael Swainston started to defend Russia’s interests in connection with the complaint of Georgia, he became interested in the discrepancies and apparent contradictions, which the Georgian authorities during the war of August 2008, which today marks the 10 year anniversary, closed my eyes, making loud statements. Working on the case, British attorney found inconsistencies in the description of some of the incidents that occurred during the internal Ukrainian conflict in the Donbas — they later formed the basis of various accusations against Russia in the International court of justice and the European court of human rights in Strasbourg.

The trend of using fake news and false evidence is a serious threat to the international system of law, peace and security. We need to be skeptical of the contents of the questionable videos or pictures from the Internet and not take them for granted. One picture can replace a thousand words, but words in this case can be false.Michael Sansthagat British bar Brick Court Chambers

As an example, demonstrate how unsubstantiated word transformirovalsya in “fact”, the report made in August 2008, the statement of Tbilisi that Russia allegedly used cluster munitions, firing at Georgian villages. It was founded on the message of one of the sources of the Georgian side, a non — profit organization Human Rights Watch (HRW). A few days before that, HRW, referring to some “evidence”, talked about the use of cluster munitions by Russian aviation.

In the end, HRW senior military analyst Marc Garlasco (which, as it turned out, many years served in military intelligence USA) said: “a Lot of people died because of Russia’s use of cluster munitions in Georgia, although Moscow denies the use of this barbaric weapon.”

Thus the allegation against Moscow after multiple publications and “legalization” of it through the HRW took the form of very specific charges. Considering that all parties, except Russia, have agreed with him, some additional evidence of this statement is like as not required. In addition, HRW relied on the words of the residents of Georgian villages with whom they allegedly spoke.

By the way, the loud statements on cluster bombing was “backed up” photography, in the end, remote from the site of HRW.

In addition, if any of the parties and used such ammunition, it is worth Recalling that earlier Georgia bought from Israel cluster submunitions M85, which was found in Brotsleti, Ditsi, Kvemo Khviti, Megvrekisi, Pkhvenisi, Shindisi, Tirdznisi, Zemo Khviti and Zemo Nikozi.