Protection of Russians Maria Butunoi accused the U.S. of espionage, agreed with the requirement of the prosecution to deny access to documents on her case. This was reported by her lawyer Robert Driscoll. 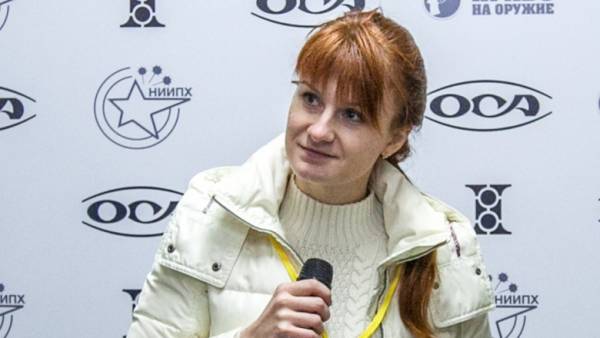 According to him, will restrict access to all documents already submitted or will submit to the American authorities.

“We agreed to the order about the limited access. It will be submitted in a day or two and signed by the judge. It applies to documents provided to us by the authorities”, — quotes the lawyer August 8, “RIA Novosti”.

According to Driscoll, the documents can be seen only if they are submitted during the court hearings.

Earlier, the U.S. attorney’s office has demanded to classify the major part of documents in order to protect the investigation. The prosecution is going to present about 12 terabytes of data.

Mary Butina was detained in the U.S. on July 15. She was accused of trying to break into the company that have influence on American policy, and the work of unregistered foreign agent. A Russian woman faces up to 15 years in prison.

Butina in the court categorically rejected the accusations and declared his innocence. The next court hearing is scheduled for September 10.

The Russian authorities also believe the far-fetched accusations. The official representative of Russian foreign Ministry Maria Zakharova called “the case of Butynol” political order and noted that a Russian citizen was arrested before the meeting of the presidents of the United States and Russia in Helsinki (July 16).

On July 28 media called the cause of Butynol charges of espionage.