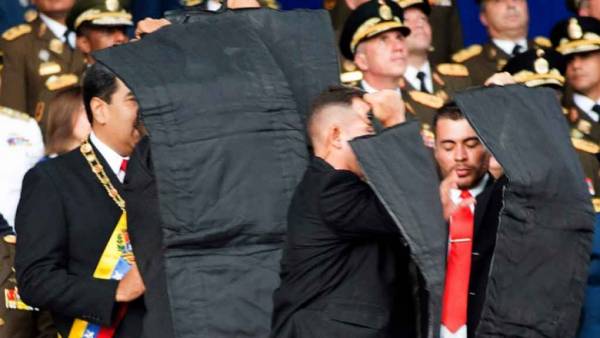 The Minister of foreign Affairs Nestor Reverol didn’t name the suspects and did not disclose details of the investigation. He noted that two detainees had already participated in anti-government speeches. The number of detainees may increase, the official added.

During the download an error has occurred.According to Rivarola, criminals used two drones, which was a kilogram of C-4 explosives. One was supposed to explode over the head of Maduro and the other in front of him. Defense Minister Venezuela, Vladimir lópez in an interview with state television said that the purpose of the attack was all the top leadership of the country.

The national Union of media workers tweeted that after the assassination of Maduro were detained 11 journalists, both local and foreign publications. In the organization require to be responsible for this decision.

On the evening of 4 August, the President of Venezuela, Nicolas Maduro spoke at a celebration in honor of the anniversary of the founding of the Bolivarian National guard. In the direction of its rostrum has launched two drone with explosives. AP reported that one drone was shot down and another crashed into a residential building nearby. The President was not injured. .