MOSCOW, Aug 5 — RIA Novosti, Tatiana Pichugina. Life on Earth depends entirely on what is happening on the Sun processes, so scientists are constantly watching the sun. Its surface is never calm, but the last two decades, researchers have noted a decline in solar activity. Maybe if the Sun were to cool down or, conversely, suddenly explode — in the material RIA Novosti. 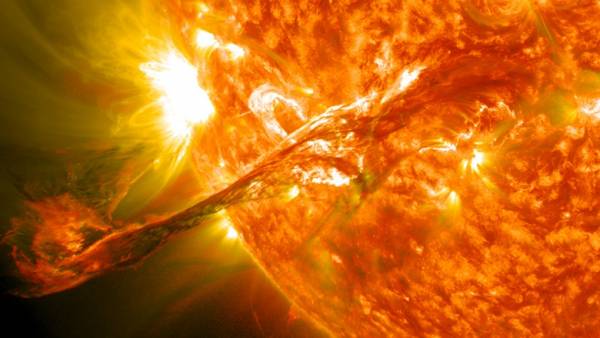 For astronomers, the Sun is an ordinary star, a yellow dwarf. Age — five billion years. Is now about the middle of the main sequence on the diagram of Hertzsprung — Russell showing the evolution of stars.

“Yet the Sun is unique. Due to the peculiarities of its structure and the location relative to him of the Earth and the origin of life,” says RIA Novosti doctor of physico-mathematical Sciences Vladimir Bogod, head of the St. Petersburg branch of Special astrophysical Observatory of the Russian Academy of Sciences.

His group is studying the Orb with the radio telescope RATAN-600 in the centimeter and decimeter radio waves, located in the mountains of the North Caucasus. This is the most convenient range for study of the radiation of the crown of such a large, bright and close object.

In the most General representation of the Sun is constantly burning hydrogen sphere. Inside the nuclear reactions occur at temperatures in excess of 14 million Kelvin.

The energy in the inner part is passed through the emission and absorption of photons (radiative transfer). Closer to the surface the substance cools, it starts the convection zone and the photosphere with a temperature of 5800 degrees Kelvin. Mixing, plasma generates supergranule, reaching half of the radius of the Sun.

Magnetic fields constrain the exchange of energy between vysokoorganizovannymi the plasma particles, resulting in the photosphere appear dark areas — spots.