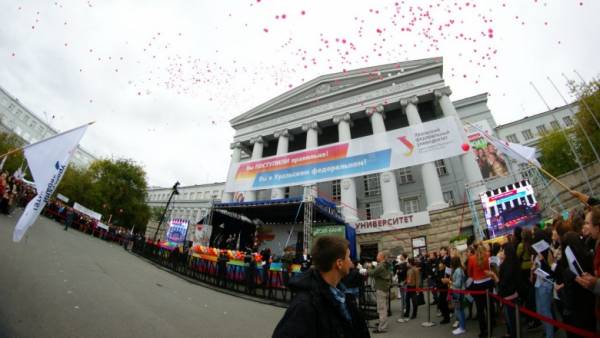 The Agency did not mention the name of the person who complained about the poster. In Yekaterinburg hang two posters that say that the Ural Federal University — the best University in Russia. According to the applicant, evidence of this statement in the posters there is that leads people astray.

The law “On advertising” stipulates that the use of the word “best”, “first” and “number one” only if there are certain criteria for comparison. These characteristics must have objective evidence. Otherwise, the FAS believes the information is inaccurate, and the advertiser is responsible for this.

For violation of the advertising law a legal entity may be fined up to five hundred thousand rubles, and the physical — two times less.

In June, the FAS brought the case to the company Reckitt Benckiser, which makes Durex condoms. The Agency found that the firm violated the law “On advertising”, because used in commercials false information about the number of Russians infected with genital infections. Thus, in advertising it was said that every second Russian has contracted sexual infections last year. According to the health Ministry, the disease was found only in 0,1% of Russians.