The current leader of Zimbabwe won the presidential election

MOSCOW, Aug 3 — RIA Novosti. The current leader of Zimbabwe Mr Emmerson Mnangagwa won the presidential elections after the counting of votes in all ten provinces, the TV channel SABC, citing data from the electoral Commission. 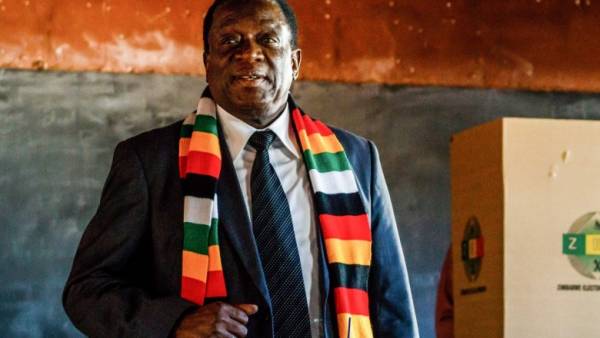 The latter was declared the voting results in the province of Mashonaland West.

Their view of the Mnangagwa of the ruling party Zimbabwe “the Zimbabwean African national Union — Patriotic front” (ZANU PF), has received more than 2.46 million voters. His main rival is a candidate from opposition party “Movement for democratic change” (MDC), Nelson Chamisa gained about 2.15 million votes.

This Camisa with more than twofold advantage won the elections in Harare: in the capital it receives more than 548 thousand people, and for the Mnangagwa only 204 thousand.