The head of N. I., the United States accused Russia in an attempt to influence the midterm elections to Congress

WASHINGTON, 2 Aug. /TASS/ — the Daniel Coates stressed that Russia is not the only country interested in this. 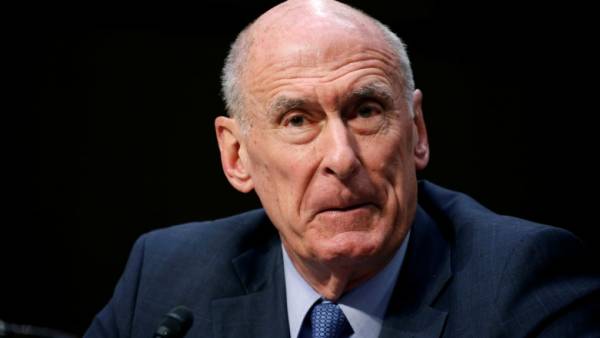 Russia continues to attempt to influence American society on the eve of the midterm elections in the U.S. Congress in 2018, however she is not the only country interested in this. With this statement made on Thursday by the Director of National intelligence Daniel Coates during a briefing for journalists.

The President gave us specific instructions to do, the question of intervention in elections and protect our electoral process a priority. We act and continue to act in this way.Daniel Kotegawa of National intelligence

According to him, “the intelligence community remains concerned about the threat of the upcoming American elections: as President in 2020, and intermediate in Congress” in 2018.

“With regard to the involvement of Russia in the midterm elections to Congress in 2018, we continue to see from Russia a widespread propaganda campaign to weaken and to break America,” says Coates.

Coates asked whether there were cyber attacks on political processes in the United States by the Russian authorities or without their participation. “And so and so. And I want to add that Russia has different ways of influence: through the media, social networks, Internet bots, entities it hires, its “Trustees”. [Use] all of the above and even potentially more,” says DCS.

He explained that he could not allow the details attributed to Russia’s intervention in elections, as these details are classified.

“But it [the intervention] is widespread and aimed at execution of tasks: to sow discord [among Americans] to undermine our democratic values,” concluded Coates.

However, he drew attention to the fact that “Russia is not the only country interested in influencing the internal political situation” in the United States. “We know that there are others who have the means and maybe considering the possibility of influence. That is why we will continue to monitor and warn about such attempts,” — said Coates.