The court arrested three sisters, confessed to the murder of his father

Ostankino court of Moscow has arrested for two months all three sisters Khachaturian. All three sessions were held behind closed doors. They previously pleaded guilty to the murder of his father. 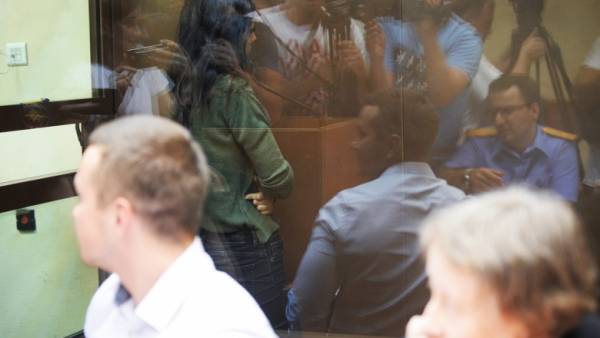 The sisters had to choose a measure of restraint on 30 July, however, the court then extended the term of detention for up to 72 hours.

The hearing on the petition for arrest of the sisters was closed back then. The youngest — because a minor (17 years old), and middle and high — because of the fact that the study of the case materials could result in the disclosure of information humiliating their honour and dignity, explained a press-the court Secretary Anna Selivanova.

How did the murder occur?The body of 57-year-old Mikhail Khachaturian found on the evening of 27 July in the stairwell of the house 56 on Altufevskoe highway, where the family lived. The dead man had multiple stab wounds in the neck and chest.

The next day, was arrested three lived with him daughters — 19-year-old Christina, 18-year-old angelina and their 17-year-old sister.

Against them criminal case under article “murder committed by a group of persons”.

Was the murder planned is unknown. A RIA Novosti source in law enforcement bodies said that the father first attacked with a knife on sisters.

Three girls confessed during his first interrogation after arrest. They pleaded guilty and said that they had “personal aversions with the father because causing them for a long time, moral suffering.”