A court in Moscow has arrested the youngest of the sisters, stabbed father 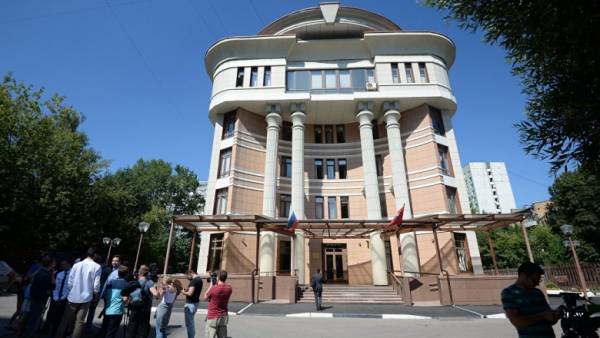 The arrest term is until 28 September.

The meeting was held behind closed doors because the accused were minors. Question about the arrest of her adult sisters, the court also will consider in the closed mode — on session can be disclosed to the information discrediting their honor and dignity.

To support them in the court came to the relatives and friends. The judge at the meeting questioned several of them describing the circumstances. According to them, the girl looked “very sad and lost”.

Representative of the victims George Koguashvili announced that the investigation will test the mental state of the accused. “Psychiatric examination has not yet been appointed, but the investigation is sure it will hold,” said the lawyer.

Executive Secretary of the PMC in Moscow, Ivan Melnikov, said RIA Novosti that the examination is likely to take place at the Institute of Serbia and will be fixed. “A minor, usually placed in jail 6, there is a good camera, good conditions,” he added. According to Melnikov, in accordance with the regulation, girls will be placed in the camera with the other accused in the murder and serious crimes. “But we’ll take them under better control, nobody can’t touch” — he said.