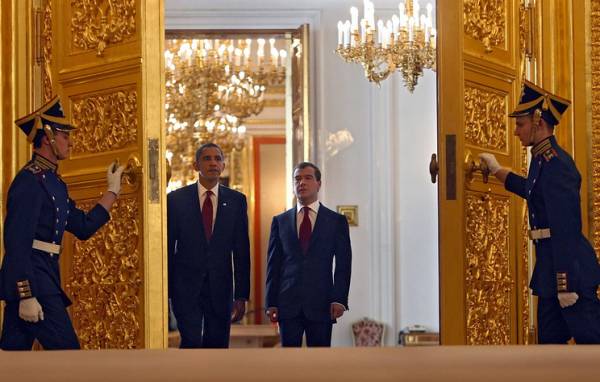 Russian President Vladimir Putin has invited his American counterpart Donald trump to Moscow. A billionaire five times visited Russia for business purposes. The last presidential visit to the Russian land was made in 2013, Barack Obama. TASS recalls the memorable visit of the American first party in the USSR and the Russian Federation.

Nixon: from “kitchen debate” with Khrushchev before the feast with Brezhnev

The first US President to visit the territory of the USSR, was Franklin Roosevelt, who on 4-11 February 1945 attended the Yalta conference. Since then the American the first person set foot on Soviet soil for almost 30 years.

22-30 may 1972 , the us President Richard Nixon visited the Soviet Union on an official presidential visit. For 13 years prior to that, he, as Vice-President, has visited Soviet Union in 1959, politician attended the opening of the exhibition “Industrial production in the USA” in Moscow “Sokolniki”. Then between Nixon and Chairman of the USSR Council of Ministers Nikita Khrushchev held the famous “kitchen debate” — the parties argued about the merits of communism and capitalism on the territory of the exhibition American food. The controversy ended with the famous words of Khrushchev: “Your grandchildren will live under communism,” to which Nixon replied, “Your grandchildren will live under freedom.”