FAS has found cartels in the Dagestani mountains

Service reported on pharmaceutical and road collusion in the Republic. 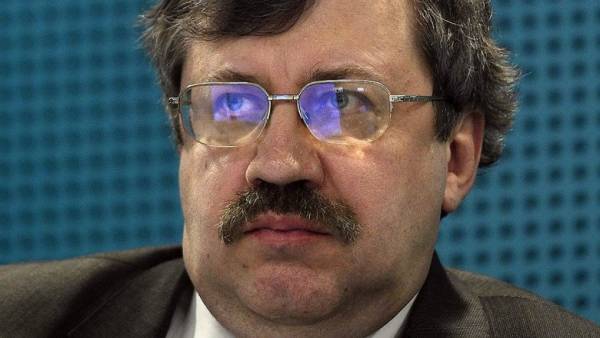 At the meeting with acting head of Dagestan Vladimir Vasiliev, Deputy head of the Federal Antimonopoly service (FAS) Andrey tsarikovskiy informed about the detection of the Republic of the two major cartels, have earned the drugs and road construction 25 billion. the investigation was conducted by the “cartel” working group of the Central apparatus of the FAS together with the Prosecutor of the Republic and the local Department of the FSB.

More than 30 employees of the FAS together with the security forces conducted in Dagestan, three major review, the results of which filed two antitrust cases in the pharmaceutical sector and in road construction. Illegally obtained income as a result of these cartels was 8 billion and 17 billion rubles. respectively. Commission for consideration of prosecutions of anticompetitive agreements was headed by Mr. Tsarikovsky, promising to “continue to identify collusion in the Republic.”

As previously reported by “Kommersant”, the Ministry of health of Dagestan and LLC “Medlemskab”, “Regionary”, “Dermatensia” and “Globalmedtekh” filed an antitrust case on the grounds of violations of paragraph 2 of part 1 of article 11 and paragraph 1 of part 1 of article 17 of the law “On protection of competition”. “According to preliminary data, the revenues of cartel members exceeded 7 billion rubles”, — reported in the FAS. The materials of this audit became the basis for excitation of criminal case under article 178 of the criminal code (restriction of competition), his investigation is in the investigative Department of the MIA of Dagestan. The investigation revealed that workers of all four companies involved in the conspiracy, used the relationship with the former Minister of health of the Republic of Tankou Ibragimov — the Prosecutor’s office recorded a “concerted actions aimed at formal auctions in the absence of competition and allowing the minimum to reduce the contract price from the initial maximum price”, which brought members of the cartel 2015-June 2018 the income of 7.8 billion rubles.

Another conspiracy was discovered in the Republic in road construction. Yesterday at the weekly meeting of the acting head of Dagestan said about the misuse of money allocated for the construction of roads, and the criminal case. However, the named figures were much more modest than those that said today, Mr. Tsarikovsky, speaking of cartel agreements in the field of road construction, — the acting Governor spoke about the amount of 800 million rubles.

Recall that in recent years the FAS is actively seeking stricter penalties for competition infringements and the extension of its powers in this field and regularly reports on the increase in the number of cartels and the damage from them. Business, in turn, has repeatedly stated that, under the guise of anti-cartel antitrust officials are increasing pressure on smaller companies (for example, see “Kommersant” on 22 may).