What does Donald trump’s attacks on the press

When last year the President of the United States Donald trump for the first time called the media “an enemy of the people”, it caused widespread outrage. The Republican Senator from Arizona Jeff Flake called this statement an example of unprecedented and unwarranted attacks by the White house on free press. 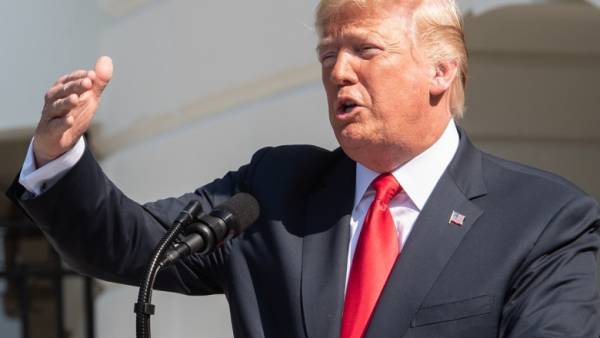 When trump uttered this phrase in the second, third and fourth times, all just shrugged their shoulders. This is the unique talent of the current American President — he is able to take actions or say things that were never before possible, and turn them back to normal.

However, even if the phrase no longer appears in the headlines, journalists still remember well. When a few weeks ago in the newspaper office in Maryland whistling bullets, the risks of the profession — even in established Western democracies, regardless of the incitement by the President — became all the more apparent.

Newspaper publisher New York Times Arthur Gregg Sulzberger at a recent meeting with trump urged him to stop attacks on journalists, as they can lead to violence against media workers.

Apparently, the message to convey failed. In his Sunday morning trump tweet clearly hinted that the media are to blame for the fact that they are called enemies of the American people.

“Freedom of the press includes the responsibility for accurate news. 90% coverage of my administration in the media is negative, despite the extremely positive results we have achieved, it is not surprising that the credibility of the media as never low,” wrote trump.

When the media – driven insane by their Trump Derangement Syndrome reveals internal deliberations of our government, it truly puts the lives of many, not just journalists, at risk! Very unpatriotic! Freedom of the press also comes with a responsibility to report the news…

The irony is that trump your “Twitter” himself quotes the New York Times reports on the details of the investigation of spectracolor Robert Muller, based on anonymous sources the newspaper.

On Friday, trump referred to Mueller allegedly studying carefully his tweets as part of an investigation about alleged Russian intervention in the American elections — this information originally appeared in the New York Times.

However, whenever the NYT writes about the administration of the tramp, based on the same sources, he calls it fake news. This is the whole point.

The President wants to see positive coverage of their own activities and critical coverage of the actions of their opponents. The phrase “fake news”, “enemy of the people” and other media-noise — only a means to achieve this goal.

In sports this is called “working the Ref”. In politics the meaning is similar, except that the stakes are much higher.

Trump doesn’t just want to “signals” the referee went through him. His goal is to cast doubt on the reliability of the referee. And it works — at least, among the most loyal supporters of the President.

In a recent CBS News poll 91% “loyal supporters” of the President said trump provides them with accurate information. Only 11% of respondents said the same thing about the major media, and 63% said that they trust exclusively to friends and family.