Senator Graham said that U.S. sanctions against Russia are not working

NEW YORK, July 30. /TASS/ — a Republican called for the introduction of new restrictive measures against Moscow. 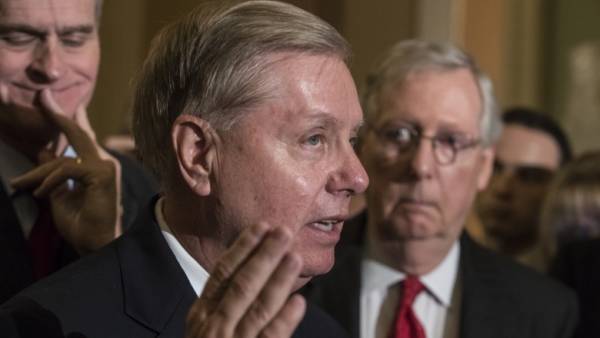 Answering the question of the host of the Fox News channel whether it supports the introduction of additional sanctions against Russia, Graham said, “a hundred percent”. As the Senator said, he “commends” the President of the United States Donald Trump, who, in his opinion, “tougher attitude to Russia” than the previous head of the administration of Barack Obama. “But it’s not working,” said Graham, according to which Moscow “is still trying to influence” the electoral process in the United States.

As stated by the lawgiver, he is satisfied that the trump on Friday held a meeting of the national security Council at the White house to discuss measures to ensure security of the upcoming November mid-term elections in the U.S. Congress. According to the Senator, trump at the meeting gave the instruction “to strengthen the protection of Russian and other players in the electoral infrastructure” of the United States.

In addition, Graham’s, in his words, cheered the announcement by Secretary of state Michael Pompeo, who has previously said he supports the idea of increased sanctions of the USA against Russia.

According to the Senator, he is going to continue to submit to the Congress a new package of anti-Russian sanctions. “Because-what we do [against Russia at the moment], not working,” he said.

Pompeo, speaking Wednesday at a hearing of the foreign Affairs Committee of the Senate of the Congress, said he supported the idea of tightening the sanctions regime against Russia. According to Secretary of state, for Washington, “it would be constructive to move in that direction” and use “things that really affect Russia”.