Russia explained the forgiven debts to other countries

Foreign Minister Sergei Lavrov said that Russia has written off debts of the Soviet era a number of countries, because the money is unlikely to be helpful in solving existing problems. About it reports TASS. 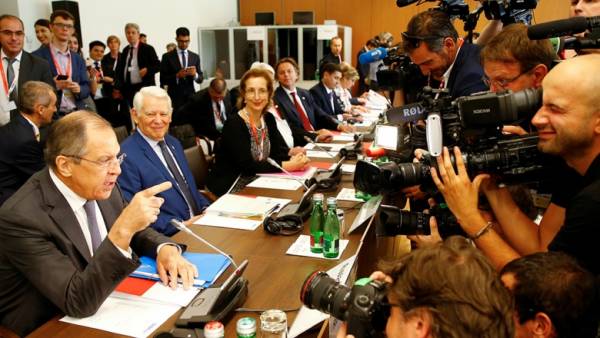 In addition, according to Lavrov, “legally very difficult to prove” at what rate these debts was provided. Then, he said, the Soviet Union was not an integral part of the international monetary and financial system and the ruble exchange rate established by the state Bank.

Some may remember when the dollar was worth 63 kopecks, and, of course, if you count the debts at this rate, and debts of the Soviet Union handed out a lot, especially to countries that fought against colonialism, for independence and were mostly military aid, it would be far from reality.Sergey Lavrovgave the Ministry of foreign Affairs of the Russian Federation

Also money is often issued to organizations that fought for independence and which rules of international law were not state actors. In these cases, to repay debts is not possible, because they did not initially relied on international legal agreements, Lavrov added.