Liberated Palmyra General Kartapolov will be responsible for “Warmia”

Commander of the Western military district (ZVO), Colonel-General Andrey Kartapolov was appointed Deputy Minister of defense Sergei Shoigu for the political and educational work, according to RBC with reference to sources in the defense Ministry and in an environment of mister Kartapolov. 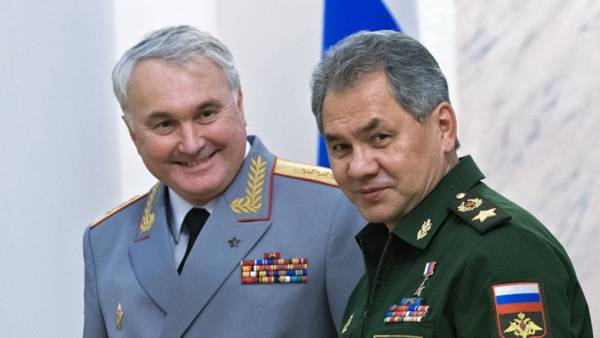 “Kartapolov will be the eleventh Deputy Minister. In particular, in its submission to General Directorate for work with personnel, which is responsible for “Warmia” and everything Patriotic education”, — said the interlocutor of RBC in the military.

Own sources “” this information was confirmed, adding that the decree of the President of Russia Vladimir Putin about the appointment of General Kartapolov was signed yesterday, July 29.

Andrey Kartapolov was involved in planning the Syrian campaign in the main operations Directorate of the General staff of the armed forces, and subsequently also managed to direct a Russian group from December 2016 to March 2017. During his command on March 2, 2017 Palmyra the second time was returned under the control of the Syrian government. Upon his return, he continued to command troops ZVO.