MOSCOW, 29 Jul — RIA Novosti. The number of victims of large-scale forest fires in East Attica in Greece has increased to 91 people, 25 missing, according to local emergency services. 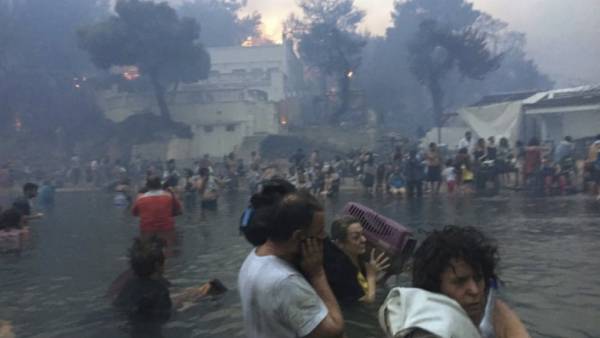 According to the National center of health, four people died in hospitals of Attica, thus the number of victims has risen to 91. According to the fire service, currently listed as missing 25 people. This is the first official information about the missing in a fire on July 23.

Forensic experts have identified 59 bodies, while the identity of another 28 dead remain unknown.

The health Ministry of Greece announced that ten of the fire victims in Mati are still in the ICU and that a total of 43 adults and one child are still in hospital.

Earlier it was reported that injured about 190 people.

“The fire service expresses its deep sorrow to the families of the victims”, — stated in the message Department.

In Greece this week, there have been several major forest fires in Attica declared a state of emergency.

The Prime Minister of Greece Alexis Tsipras has assumed full political responsibility for the fires. The country declared three days of mourning for the victims, the Prosecutor’s office of Greece launched an investigation into the causes of fires. Rescue teams continue the search for the missing. Earlier, the Minister of civil defence Nikos toskas said that the cause of forest fires is likely to become arson.