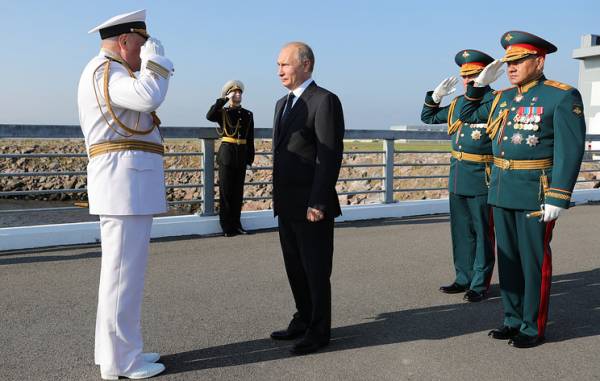 KRONSTADT, July 29. /TASS/. Russian President Vladimir Putin walked on the boat the front line of warships, which on Sunday will take part in the Main naval parade in St. Petersburg, and greeted their crews, the correspondent of TASS.