The aliens were loaded into the Russian document

Why do expats have a problem with registration. 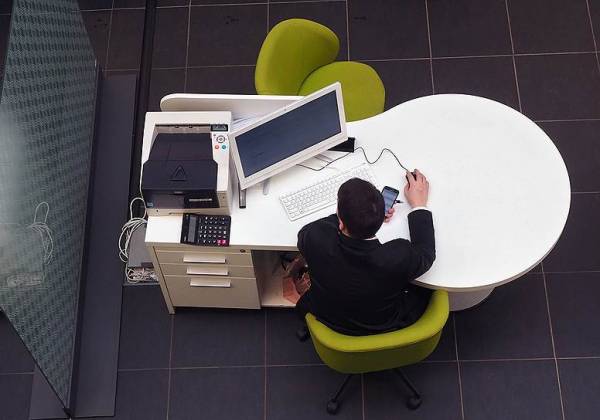 Highly qualified expats are unable to register in Russia due to new law. Since the beginning of July, entered into force amendments, under which foreign employees can be registered in the office of the company. Then it became known that changes significantly complicate the lives of highly skilled professionals from Europe and the United States. Now, however, revealed that expats have difficulty even in their own homes. What’s the problem? And if it does not lead to an outflow of foreign top managers? About it — in the material Anastasia Parfyonova.

Alexis Rodzianko called face U.S. business in Russia. He is President of the American chamber of Commerce and for many years lived in Moscow. Until this summer, he has not faced the familiar Russians, the concept of registration. Now Alexis was horrified to preparing for registration in his own apartment: “I as a foreigner had no right to register under the law. It was supposed to do, the landlord from whom I rent the apartment. But the fact that I am the owner of my apartment. The interior Ministry told me that in this case, you may register yourself, but I didn’t. This means lost time. And I know cases when people spent on the procedure a day or two, and as a result, nothing happened.”

What has changed? Early-adopting companies can register employees from abroad in their offices. Since the beginning of July it is forbidden.

While the paperwork and stand in line to personally, and no guarantee of a quick result; that’s what scares foreign top-managers in the new procedure.

If something goes wrong, in the best case, the host company will have to pay a fine of 800 thousand rubles., and to the foreigner at all could face deportation. And why responsibility is divided, unclear, emphasizes Alexis Rodzianko: “the Duty to register falls on the owner of the apartment who might not even be in the country. And the responsibility for the violation of the law falls on the person who must register, and the company where he works. People resent. The whole aura of the world Championship on football among the highly skilled vanished”.

Of course, the law is mainly aimed not at 6.5 thousand expats from the US and the EU, but rather on the remaining 9.5 million foreign citizens, labor migrants from Central Asia and CIS countries.

But the highly skilled professionals of the problems with living there, but because it would seem that there should be difficulties with registration.

There is a new law and relief: previously, the Expat could not even register in the apartment, which is owned, explained “Kommersant FM” the head of the portal “Migranto. Ru” Svetlana business: “Previously, foreigners had to register to his apartment of a man and give him power of attorney to that he hosted for homeowners. It is also very dangerous, because it forcibly discharged in the case of permanent registration.”

Will not be deterred whether the measure qualified expats? While their outflow is not observed, the Director of staffing Agency Antal Russia Michael Germershausen, however, he noted that foreigners are not aware of the new rules:

“Come leaders who will find some poor lawyer or HR Manager in your company who can deal with it. I don’t think it reduces the attractiveness of working in Russia because of this beautiful surprise, you only know after you visit and think: “Oh, they could come up with””.

However, there is a high probability that expats are just not used to some of the procedures document. And here it is worth noting that in other areas of communication with the government in Russia in recent years greatly simplified, and Moscow, and is on the level of rendering e-services came in first place in the world.

According to the interior Ministry, last year the country had more than 2.5 million illegal immigrants.