In Australia, the Dingo woman lured into an ambush and nearly killed

On mine in the Pilbara on the Western Australia Dingo dog almost killed a woman by luring her into a trap using the phone, according to 7News. 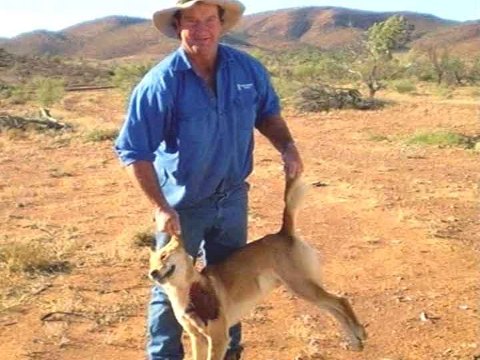 MOSCOW. 28 Jul — RIA Novosti. It is noted that a Dingo attacked a 54-year-old deb Rundle, who works at the mine security guard, at a time when she had dinner in the dining room.

Dingo walked over to her table, grabbed the phone and ran away. The woman chased after the animal, but I came across another two dogs, who immediately attacked her and started biting his arms and legs. The woman tried to escape, but the dog wouldn’t let go. Only ten minutes later Rundle’s colleagues heard screams and came to her aid, expelling animals.

The woman was taken to the hospital where she is recovering from surgery. According to doctors, the dog inflicted Rundle serious injuries all over the body, one of which can even lead to leg amputation.

Dingo — the descendants of domestic dogs brought to Australia several thousand years ago. Dingo looks like a well built dog of medium size: height at the withers 47-67 inches, body length from head 86-122 cm, can weigh up to 24 pounds. The facts of attacks by dingoes on humans are extremely rare, however, there are cases when they have killed people.