Officials and US intelligence officers have exchanged ideas on combating the main threats. 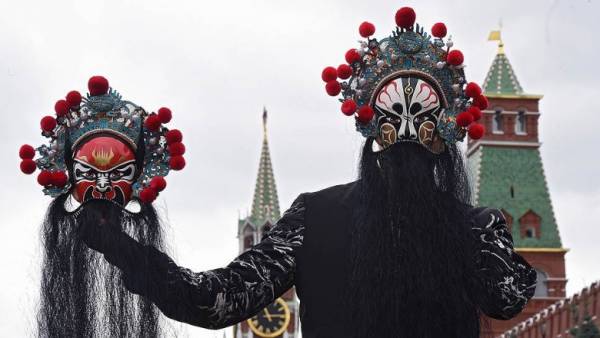 According to one recent public opinion polls, Americans consider Russia the main threat to US security. This was announced at the end of 21 July in aspen security forum. After the recent meeting of presidents of Russia and USA Vladimir Putin and Donald trump in Helsinki, the participants discussed primarily Russia and Russian-American relations, although he admitted the conclusions of the heads of the U.S. intelligence community: in the long term the main threat to Washington comes from China.

The General outline of the ninth forum on security held in the American aspen, asked on 16 July by the Russian-American summit. As noted by speakers at the opening session of the forum the Deputy Director of the NBC Daphne a garden, homestay Arnold, according to recent polls its channel, 68% of Americans consider Russia unfriendly country, and it’s 9% more than last year. Only 5% of supporters of Republicans and 4% of Democrats believe supporters of her friend. Moreover, according to her, most Americans called Russia the number one threat, and that she went to China, Iran, North Korea and even Islamic terrorists.

The audience, consisting of U.S. officials, journalists, diplomats and experts, was keenly interested in the question whether Russia intends to intervene in elections to Congress in November 2018 as well, as she had done in 2016 (about the fact that this intervention took place, the audience and the speakers no doubt had). The Minister of internal security of the United States Kirsten Nielsen replied in the negative.

There is no indication that Russia is going to influence the elections in 2018, just as it did in 2016, she said.— However, we’d be fools if we do not defend ourselves. They have the opportunity, have the determination (to do it.— “Kommersant”). We must get ready.Kirsten Nielsen, the Minister of internal security of the United States

Her words later confirmed the Deputy Director of the office of cybersecurity Jeanette Manfra.

Speakers stated that since the last elections public services and companies in the U.S., action was taken, complicating the work of hackers. Microsoft Vice President Tom Burt said that the company has helped to successfully repel an attempt of phishing attacks (theft of password) for the three Congressional candidates for next elections 2018.

The company has created a program for the protection of democracy, in which trains regional officers of election campaigns to expose and to repel the attacks of the “Russian hackers”.

The discussion on Russia was almost diverted the attention of the forum participants from China, which the Director of National intelligence Daniel Coates and Deputy head of the Center for operations in East Asia of the CIA, Michael Collins called the main threat to US security. So, according to Mr. Collins, the Chinese “are against us (USA.— “B”) of the cold war.”

According to him, the “increased aggressiveness and assertiveness of China in the last five or six years,” blame the Communist party and personally by its head and the President of China XI Jinping.

“The threat of China to our national security, economic interests, political well-being and international order is not necessarily coming from the country, of its rise, the Diaspora in the US or something like that, — he said.— This leadership of China, which is constantly expanding its ambitions, interests, activity around the globe, and competes with the United States.”

The main danger of the Director of National intelligence called how China is “interfering in our brains”, that is trying to persuade to cooperate with Americans of Chinese descent and impose the idea of the superiority of the Chinese model of control over us.

The Chinese do not want war. They just want every country in the world on any political issue had taken the side of China, not the United States, as consider a conflict with us as a system. Daniel Coddington of National intelligence

Mr Coates also said that he considers “the problem of the South China sea to the Crimea in the East,” and added that potentially the situation is explosive. Recall that China considers the South China sea as its territory, do not agree with what the rest of the countries of South-East Asia and the international court of arbitration in the Hague rendered an appropriate verdict in the summer of 2016. Despite their protests, China is a tiny island artificially inflates them and creates there the military infrastructure.

Answering the question of what to do with all this, Daniel Coates said that the appropriate response would be to limit the representatives of the PRC access to U.S. infrastructure. “We have to tell them: you can’t steal our secrets, — he explained.— If you want to innovate, do, but don’t send to us their children do not send their scientists to our labs. We will not allow to steal our technology.”